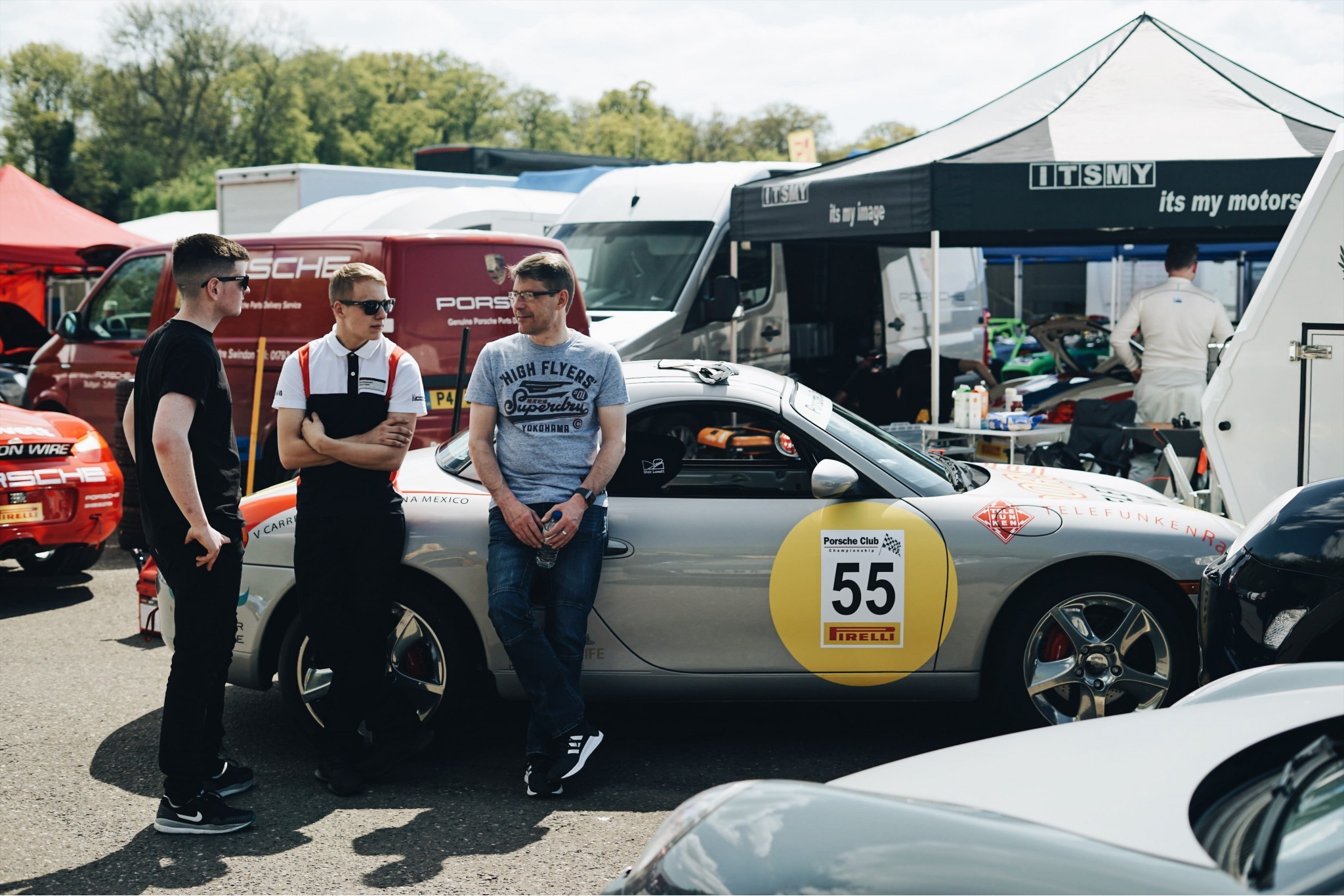 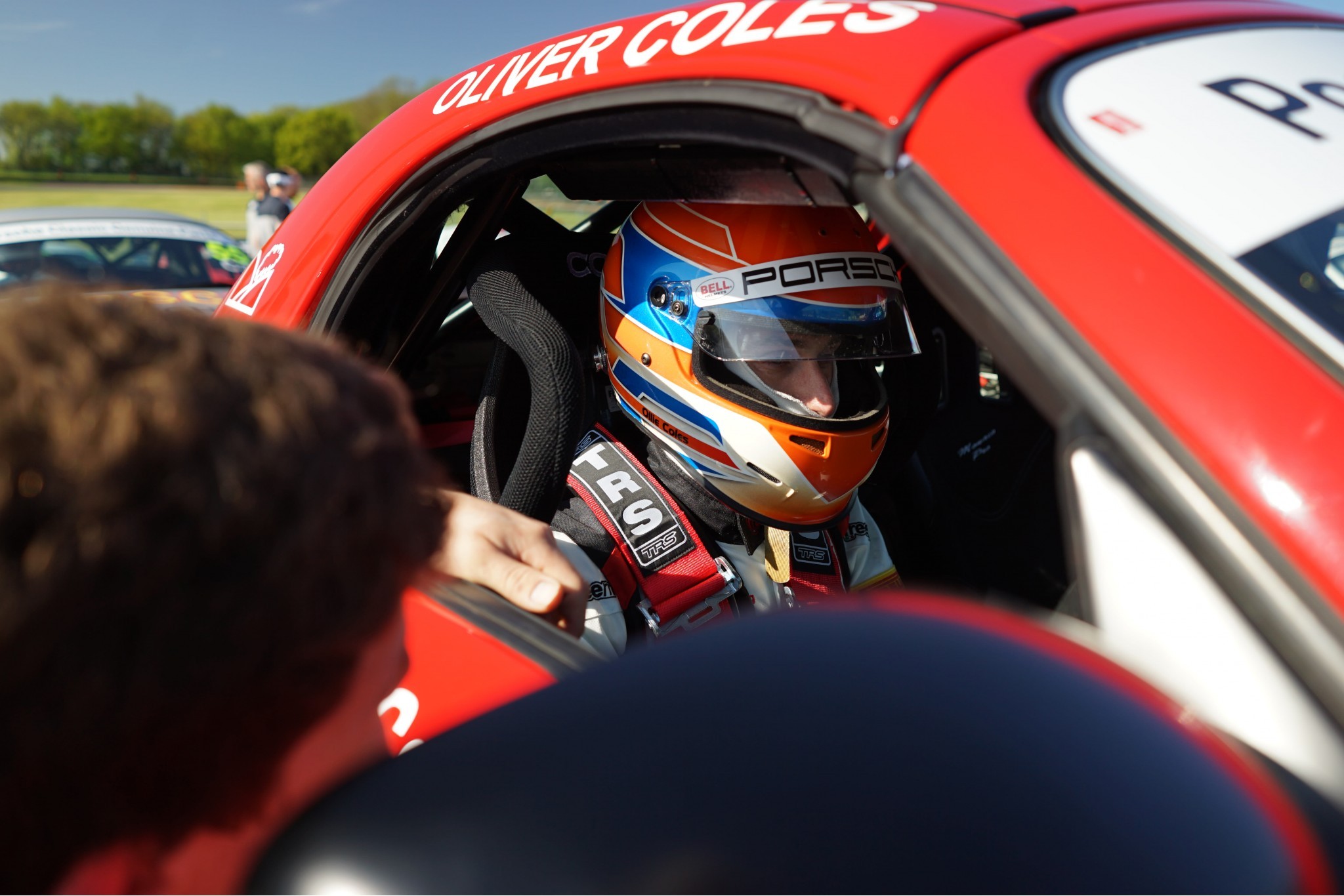 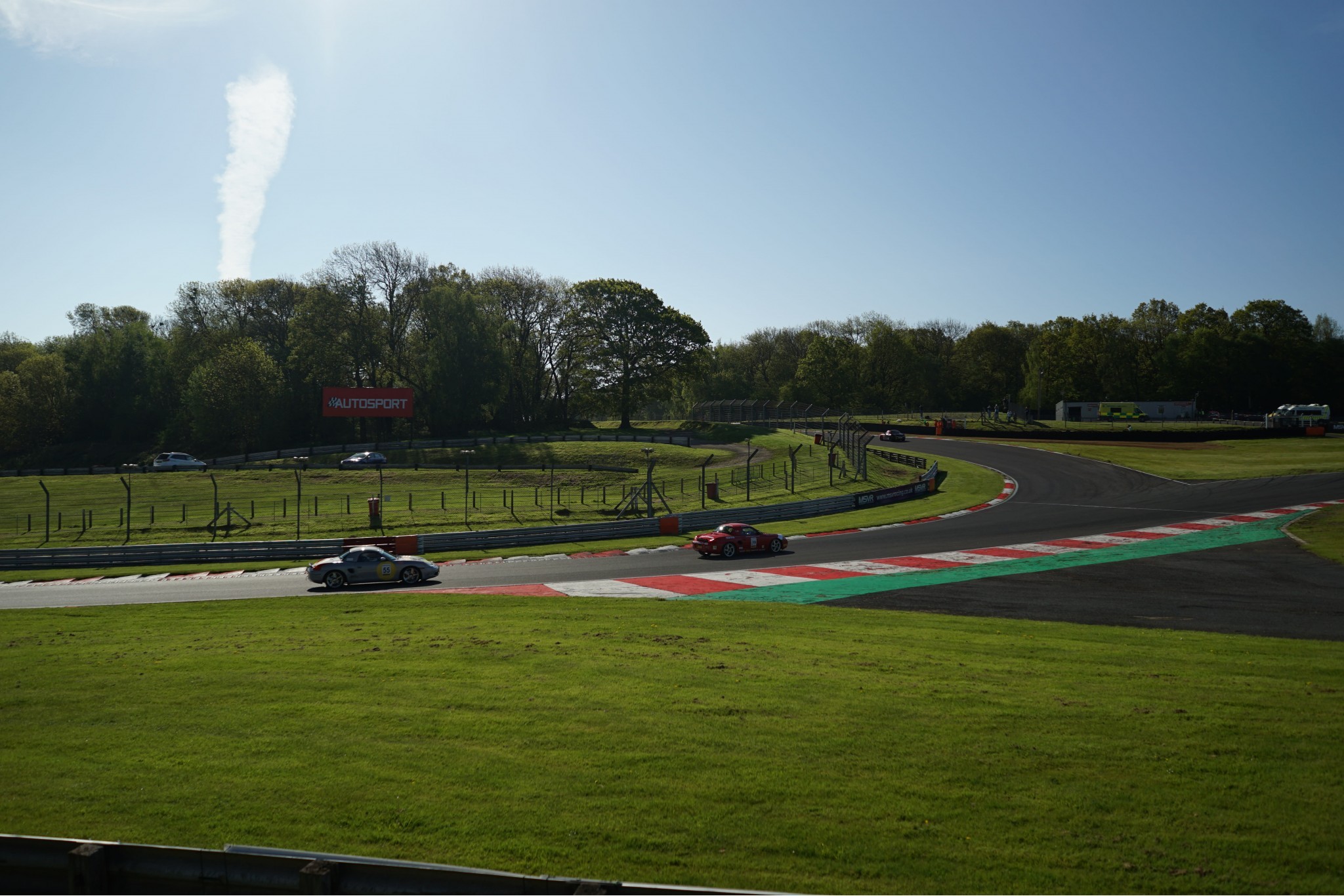 What an incredible weekend had at our first Porsche Restoracing race of the season. To celebrate 20 years of the Boxster, Porsche challenged Centres around the UK to restore a 968 Boxster S and get it ready to race standards to compete in a three round championship.

We were lucky enough to see two Boxsters form part of the first race line up. Our first car raced by Ollie Coles was designed in Coca-Cola livery to mimic the car of Dick Lovett's chairman who raced a Porsche in the late seventies. Our second car raced by Stephen Brown, our Porsche Classic Manager. This eye-catching livery of this car was Fletcher Aviation as used on the 1954 Porsche 550/1500 RS Spyder "Carrera Panamericana". 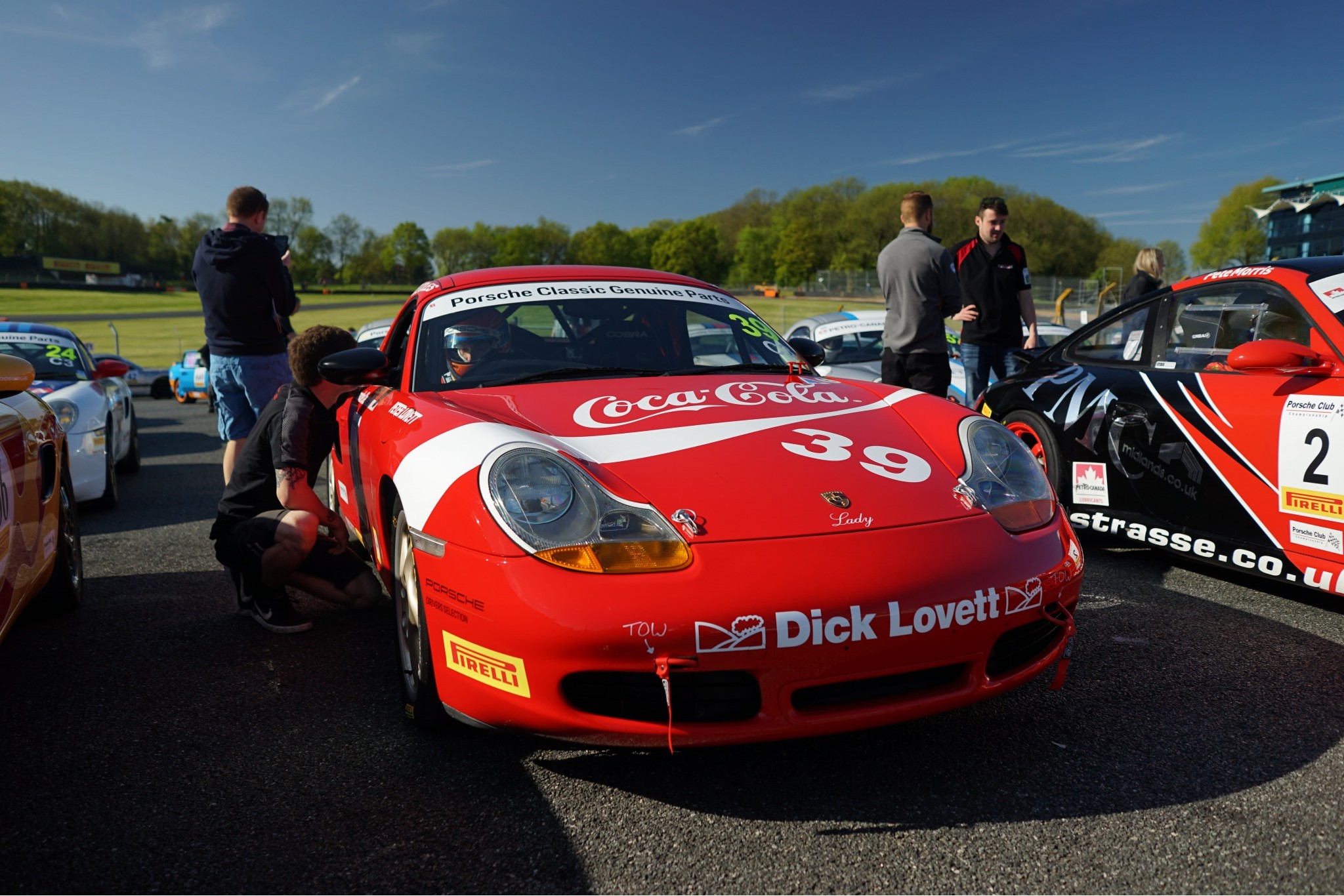 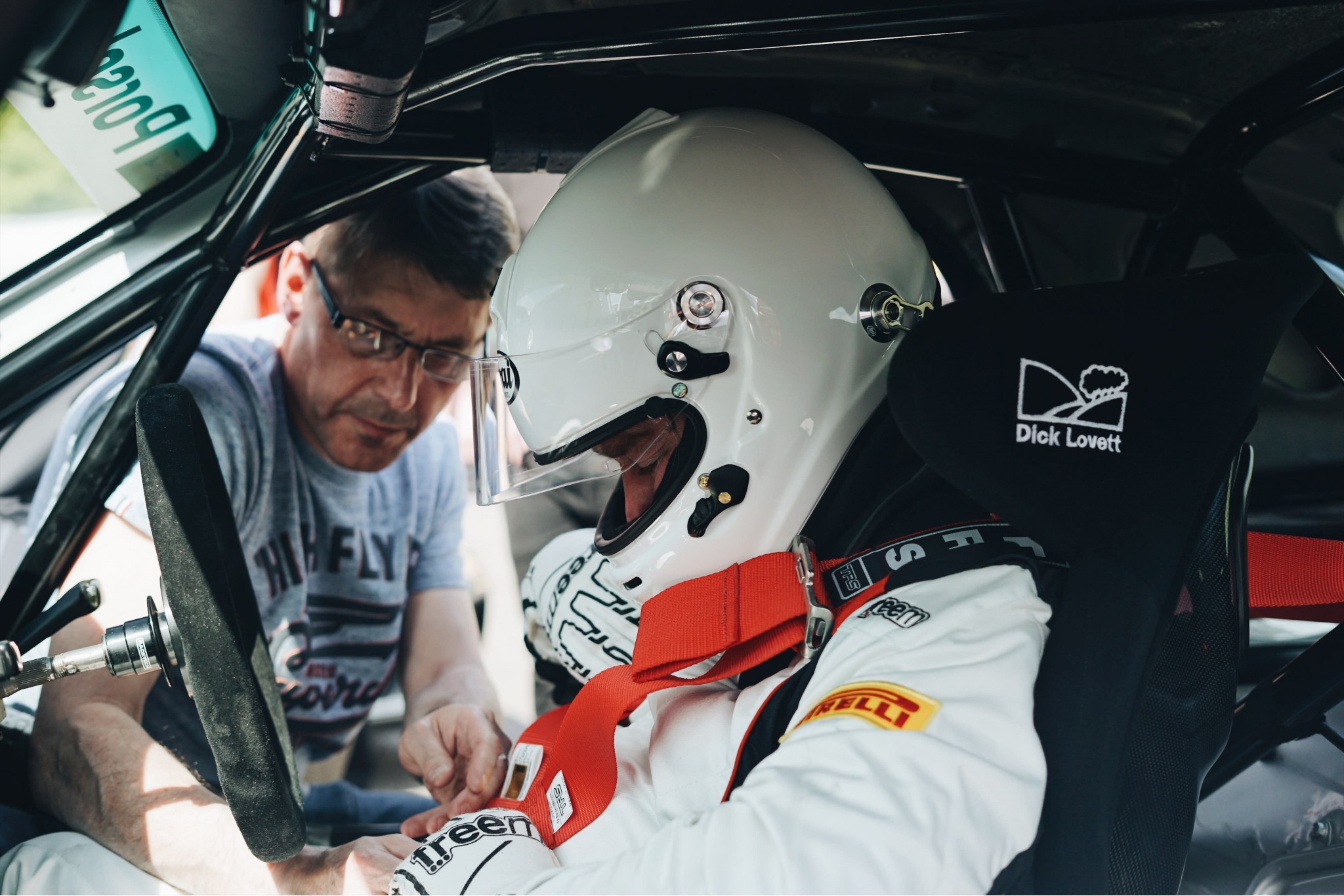 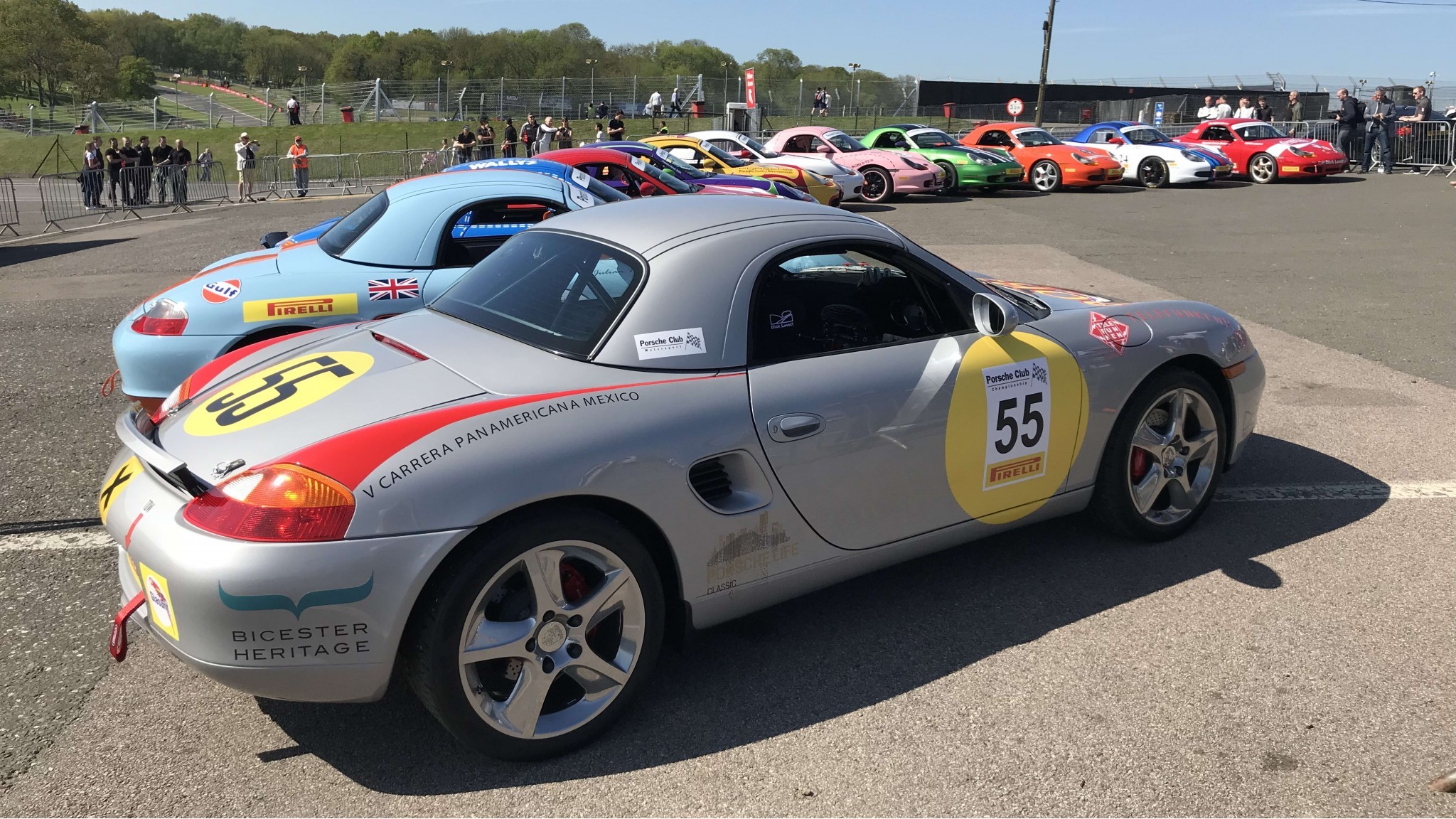 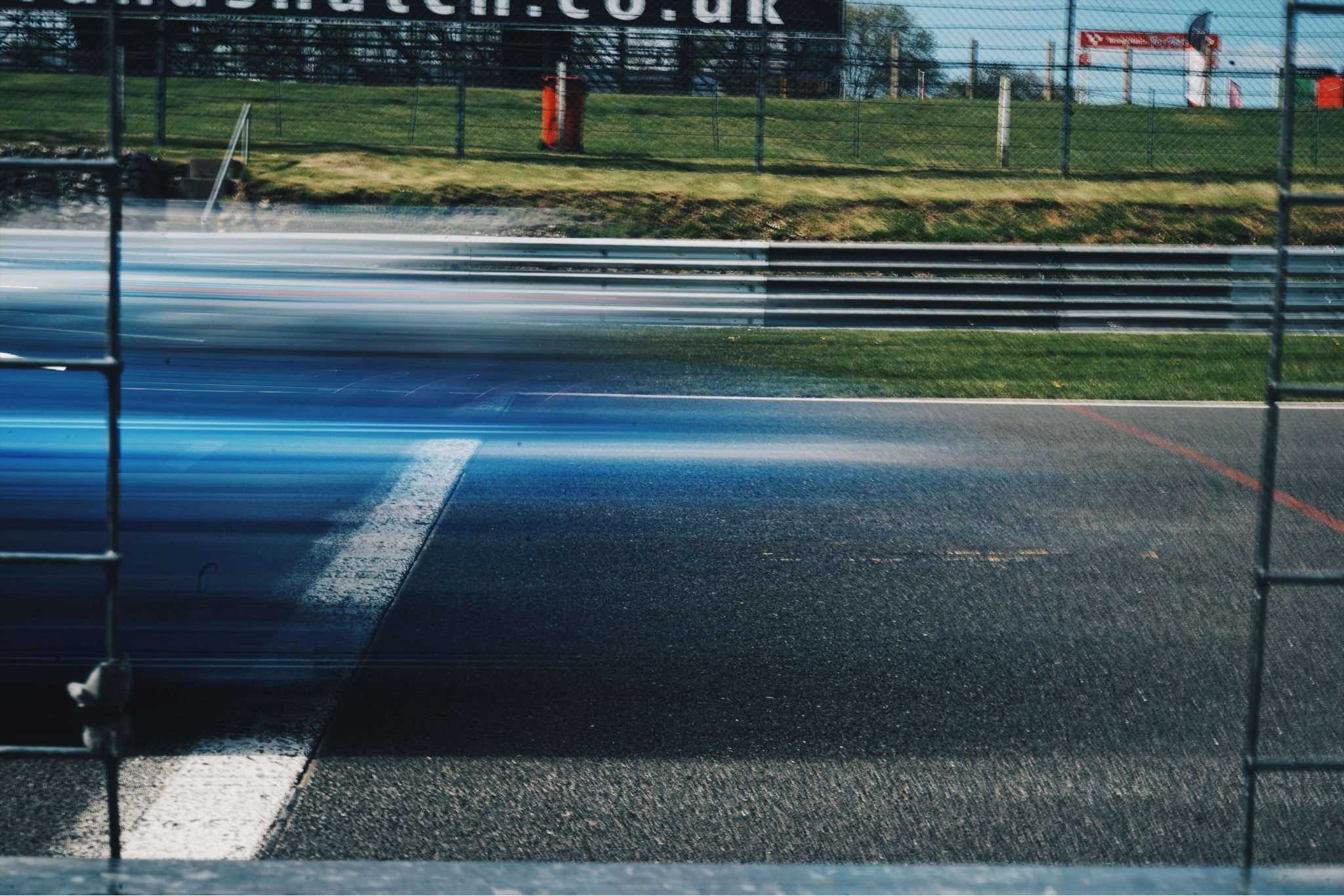 First Race Round Up

The first race of the competition took place at Brands Hatch one of the worlds most iconic venues on Saturday 5th May. Qualifying went well with both cars reaching their minimum 3 laps without too much fuss. Unfortunately on lap 4 the Fletcher aviation car started to throw out some smoke and Stephen took the sensible decision of bringing her in to cool down and assess the car. Ollie used his extra time to great use and ensure his Coca Cola car became more familiar with the testing GP circuit. We ended qualifying with Stephen in 11 th and Ollie in 5 th position on the grids for Race 1.

A few hours rest gave both teams an opportunity to prepare their cars further and both drivers felt confident as they headed out on the grid for Race 1. Both teams got off to a positive start with Stephen making up some ground and positions within the first few corners. Ollie too made ground and was up to 4th. After a rolling re-start Ollie and his Coca Cola car were hot on the heels of the leading two cars, with Ben Mcgloughlin, of Porsche Experience Centre Silverstone fame, well in the lead in the Bournemouth car, it left Ollie to chase down the Pink Pig of Porsche Centre Wolverhampton for 2nd. He managed to pass him and then the race was on to keep the Pig at bay whilst behind him the Wally Jeans car of Bolton, who was the quickest in qualifying, chased them down and the real race was on for 2nd and 3rd. Ollie looked in control and was making it tricky for them to pass and even the track commentary could sense that this was a real battle going on and this competitive tussle became the advert of the day for the series.

A few places back Stephen was unfortunately starting to have some re-occurring issues again relating to oil pressure and after a few worrying bangs and noises he again took the wise, but incredible frustrating, decision to pull up (in the shade!) and stop.

This just left Ollie out on his own, but on the penultimate lap, a little too much understeer, allowed the two cars chasing him down to nip past and steal the show. Still a credible 4th and showing for the cars first proper race was achieved.

During the afternoon, it was decided that the Fletcher Aviation car could not continue and it would be better to work on it for the next few weeks in preparation for Silverstone in June. The team at Porsche Centre Cardiff who restored the car on behalf of our new Porsche Classic Life Centre are already planning the work!

Ollie took to the grid for Race 2 and it started to mirror the 1st with the Safety car having to be deployed again. This time two 911’s from the Club championship had collided and the Safety car was out on the track for a lot longer and took up more of the races allotted time slot. Once back up and running Ollie again fought well and managed to produce another 4th place finish.

Hugely in our favour, we found out that Porsche Centre Great Britain had taken the decision of excluding Ben and the Bournemouth team from scoring in the race series due to Ben's professional background as a Porsche racing instructor, Ben had offered to drive the car for Bournemouth as they were unable to find a driver. Ben did drive exceptionally well and their team were humble in victory during both races, a good car and smooth driver.

However the Porsche Swindon team were thrilled to have Ollie upgraded on the podium to third place for both races and secure valuable points as well as two rewarding trophies.

The teams from Porsche Centre Swindon and Porsche Centre Cardiff have been fundamental in making this happen for us and they are already making plans to ensure we are at our best for the next race at Silverstone in June.