A Return To Brands Hatch For The Restoracing Series

On the first May Bank Holiday weekend, Porsche Centre Cardiff and Swindon completed the second round of the RestoRacing 2019 series.

Team Cardiff arrived at Brands Hatch on Friday afternoon ahead of the long weekend fully-prepped and ready for testing, hoping to give Scot an extra edge as this would be his first time to experience this challenging track. Although Ollie had seen two podium finishes in the 2018 series at Brands Hatch, Team Swindon also used testing on Friday as an opportunity to check over the car after not finishing at Donington Park.

Both Boxsters performed well during testing on the Indy Circuit and Cardiff were particularly pleased to see Scot grow in confidence with the car whilst learning the circuit. 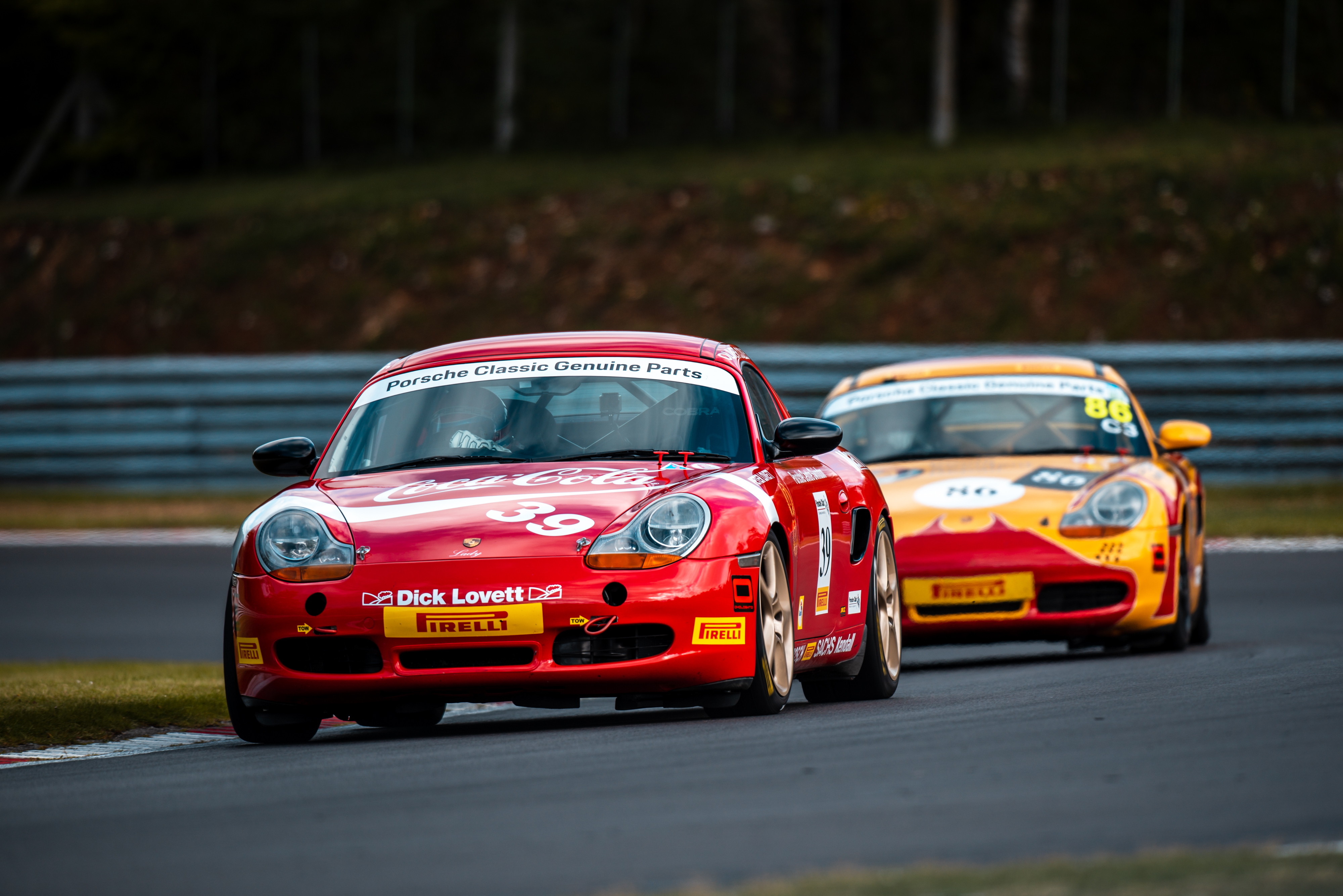 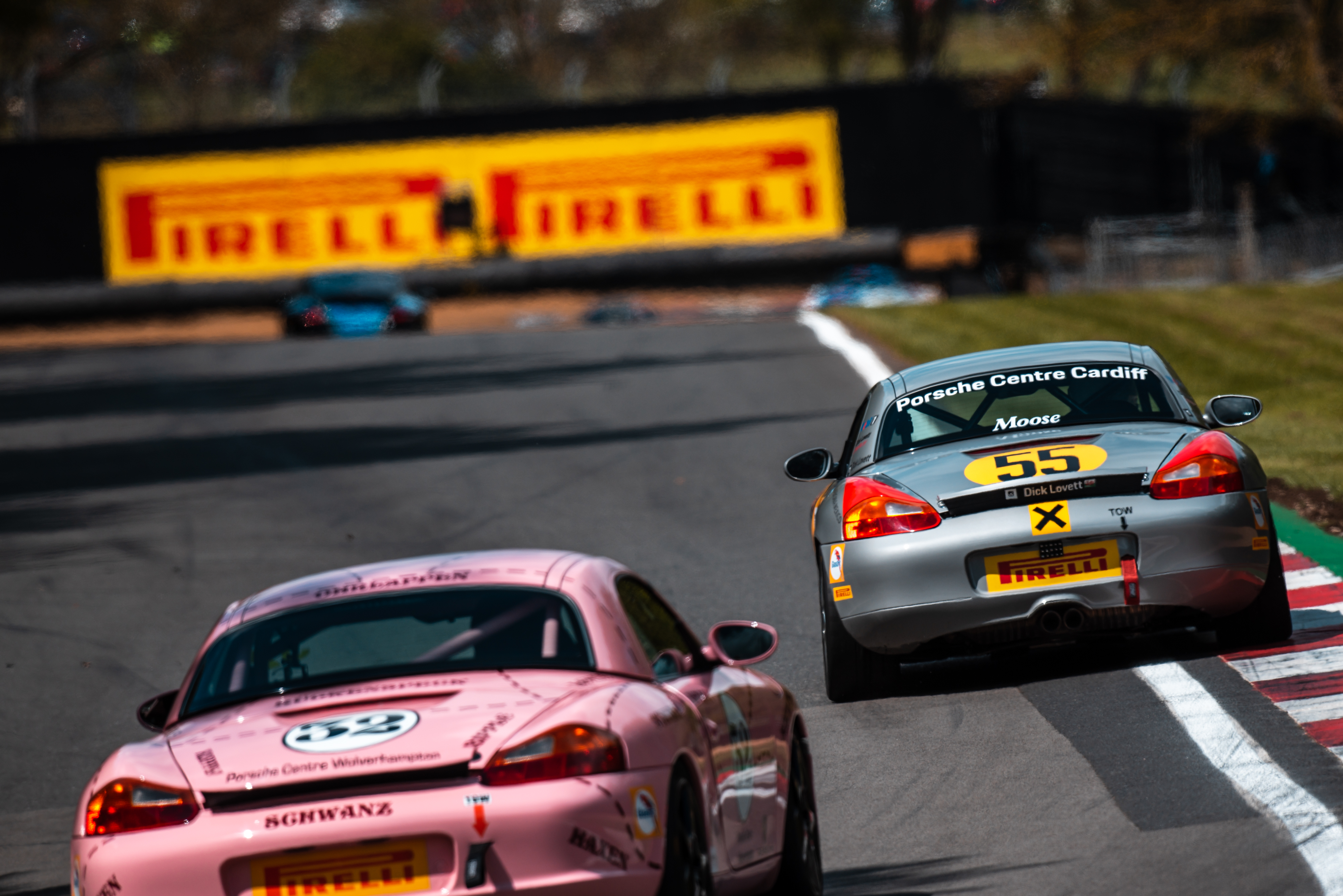 In stark contrast to the weather we had at Donington Park, Saturday morning presented more challenging conditions for everyone - it did however stay dry for qualifying. The Boxsters did have to stretch their legs a bit further for qualifying and race day, as the drivers now faced the extended GP circuit which was not open during testing.

There was also the added challenge of a grid made up of 39 cars as the class 1's and 2's joined the race. The technicians had done the car proud and the number 21 car of Team Swindon had definitely worked out the kinks from Donington, but because of the traffic it took until Ollie’s last lap of the session to do his fastest lap.

Scot drove well and qualified 12th out of 15 cars for both races, while Ollie was in position 4 for Race 1 and position 6 for Race 2.

For Race 1 the weather was thankfully on our side and remained dry throughout. The race was on. Even though Scot was positioned 12th, a mix up on the grid meant he was put into 13th! When the lights turned green, unfortunately Scot didn’t get a good start due to the confusion and both cars behind him got past to put him back into last position.

Ollie had a great start, moving from 4th up into 2nd place. Then, after losing a place to Nottingham coming through Graham Hill bend, the Wolverhampton Pink Pig caught up with Ollie and a good battle ensued for a couple of laps until the Pig got past our Coca-Cola Boxster as they entered Paddock Hill bend.

Towards the middle of the race, Scot was exiting Paddock Hill when the Hatfield car spun out in front of him. Trying to avoid an accident, Scot tried to manoeuvre around the pirouetting Martini Boxster, but the move was over-compensated which resulted in Scot spinning his own car. Fortunately, as there was no contact, Scot was able to restart his Boxster and get going again. Hatfield later repeated the same mistake when their driver spun off again, but this time Scot got through unscathed to take another position.

With 2 laps to go, Ollie climbed passed the Nottingham car into 3rd position, however as the faster classes of cars came around to lap the group, Nottingham took back 3rd place. Eventually finishing P4, Team Swindon were very happy with the result; especially in light of the issues with the car two weeks before at Donington Park.

In the meantime, both Glasgow and Wilmslow found the gravel trap and another 2 Centres retired due to mechanical issues, whilst Team Cardiff celebrated the 10th place finish for Scot.

By the time Race 2 came around, with drizzling rain and a wet track, Scot was facing yet another new experience having never raced in these conditions before. However, all the teams were faced with the tough decision as to whether to send their driver out on the semi-slicks or the full-wet tyres. After a quick catch-up with Ben McLoughlin, who has professional driving experience and is currently driving for Bournemouth in the competition, Cardiff decided to send Scot out on the semi-slick tyres as there wasn’t enough water on the track to benefit from the wets.

Ollie revelled in the opportunity to race his fellow RestoRacing drivers in the wet weather. Even though the weather was playing havoc and the soaking wet track meant there was very low grip, Ollie got off to a fantastic start and was up into 4th from 6th by the first corner.

Scot was already off to a better start in Race 2 as he was in his correct grid position sat at P12! Unfortunately, a Class 1 car was incorrectly placed in front of Scot which left him without a RestoRacing rival to aim for, but nevertheless Scot gained a great start and managed to hold-off the two RestoRacing cars behind him.

Swindon excelled even further as the two cars from Class 1 immediately spun off at Paddock Hill which left Ollie out in front, but only for a short time as he then unfortunately locked up going into Druids and ended up in the gravel. The Safety Car was out for a previous incident for approximately 10 minutes. The marshals had time to push the Coca-Cola car out of the gravel and back into the race.

Once the Safety Car was back in, the race resumed but there was little time left on the now very wet track, which left the drivers unable to gain any real pace. Several cars were spinning off, including Wilmslow spectacularly sliding off the track twice in the same place as he exited Druids.

By this point Ollie was nearly a lap down, but managed to make the time up to catch the back of the crocodile under the Safety Car. After 5 laps of green lap racing, Swindon managed to finish in P10, which was not what they were aiming for, but after a DNF in Donington Park the team were happy with the result.

Scot made the decision to focus on keeping his pace whilst maintaining his position, closing the gap on Hatfield and Premier Panel Skill's cars. A great tactical drive for the remainder of the race ensured Scot kept his position to finish 12th.

Another eventful round of racing for both teams has left everyone excited for the next set of races. Roll on July 7th and Brands Hatch again! 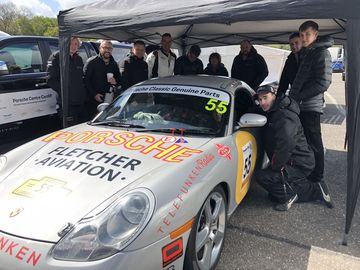 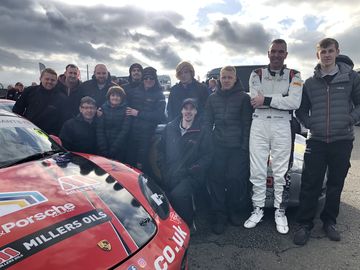 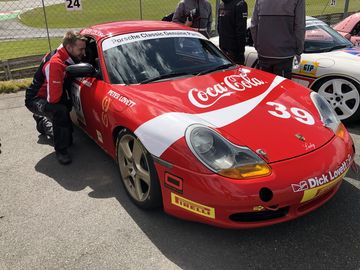 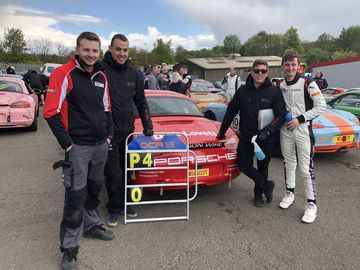 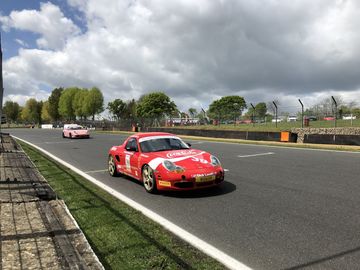 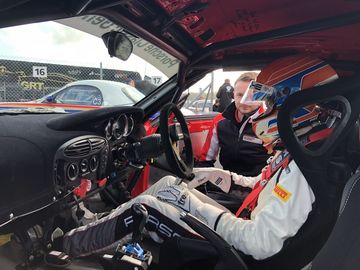 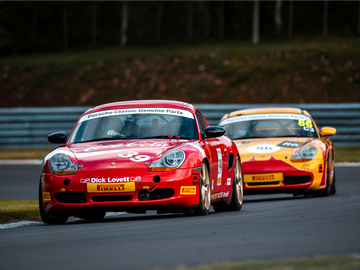 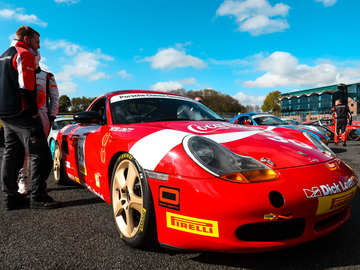 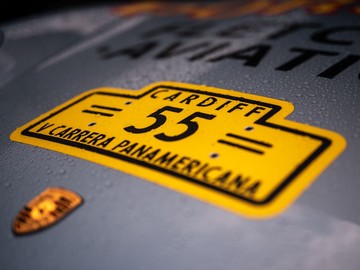 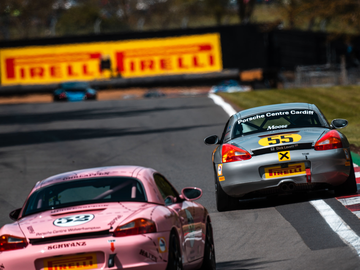 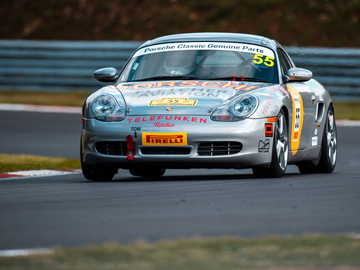 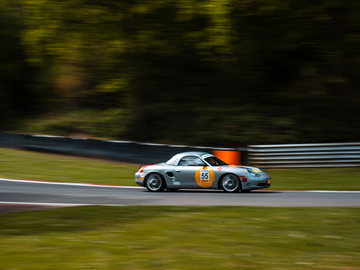 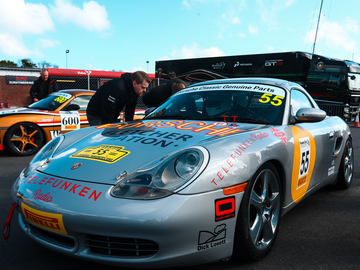 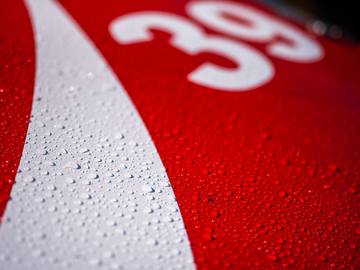