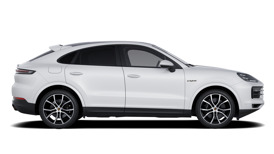 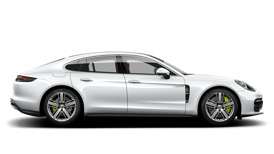 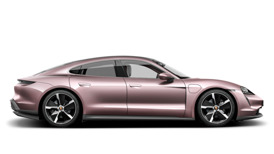 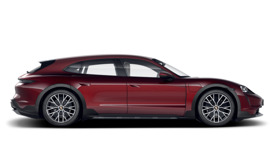 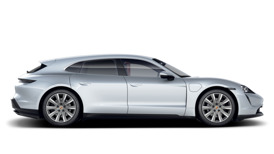 Combining classic sports styling and high-performance on the road, Porsche is one of the most coveted motoring brands in the world.

Highlight features on the Porsche Panamera E-Hybrid include the Porsche Traction Management all-wheel drive system, and in-car tech with the Communication Management System. Using E-Power mode, you can drive it accessing purely electric power, but the traditional engine kicks in when the accelerator pedal is deployed and pushed down past a certain point.

The Porsche Taycan is a genuine headline act. Why? Because this is the first all-electric Porsche car. With its athletic exterior design and smart bodywork, it definitely looks like a Porsche, and while it doesn’t sound like one – the throaty roar of the traditional engine is obviously missing – it still performs like an all-conquering sports car.

The extended Taycan family also includes the Porsche Taycan Cross Turismo, which has four variants – 4, 4S, Turbo and Turbo S. These have extra space, and an extra driving mode, in comparison to the Porsche Taycan.