TikTok has exploded onto the social media scene over the last few years, and has an average of 1 billion monthly active users. The app is used for creating, uploading and viewing short videos and is currently the most downloaded smartphone app, with 315 million downloads in 2020.

Gaining more popularity through lockdowns and restrictions, the app has thousands of car videos that have racked up billions of views, but the question remains, which is the most popular luxury car?

From petrol and diesel to electric and hybrid cars from some of the most loved luxury brands, find the most popular models on TikTok below.

The Most Popular Luxury Car Makes and Models on TikTok 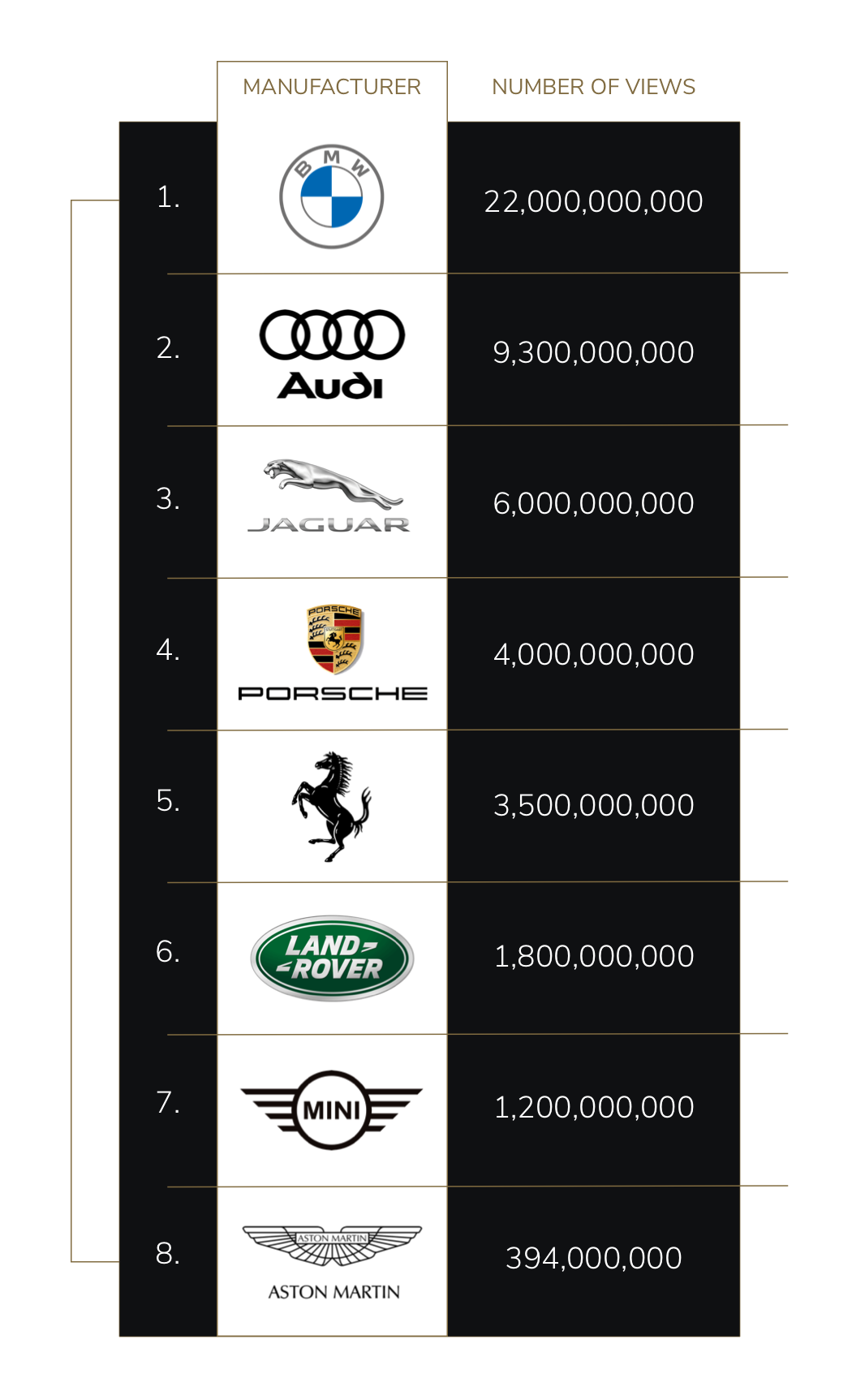 Bayerische Motoren Werke AG, better known by those three famous initials of BMW, is one of the biggest luxury vehicle brands in the world, producing over 2.2 million vehicles a year, while also maintaining a strong presence in the world of motorsport.

They are the dominant brand when it comes to social media as well, with an incredible 22 billion views on TikTok. BMW as a brand has also been quick to embrace the platform, creating their own hashtag challenges to promote their vehicles. 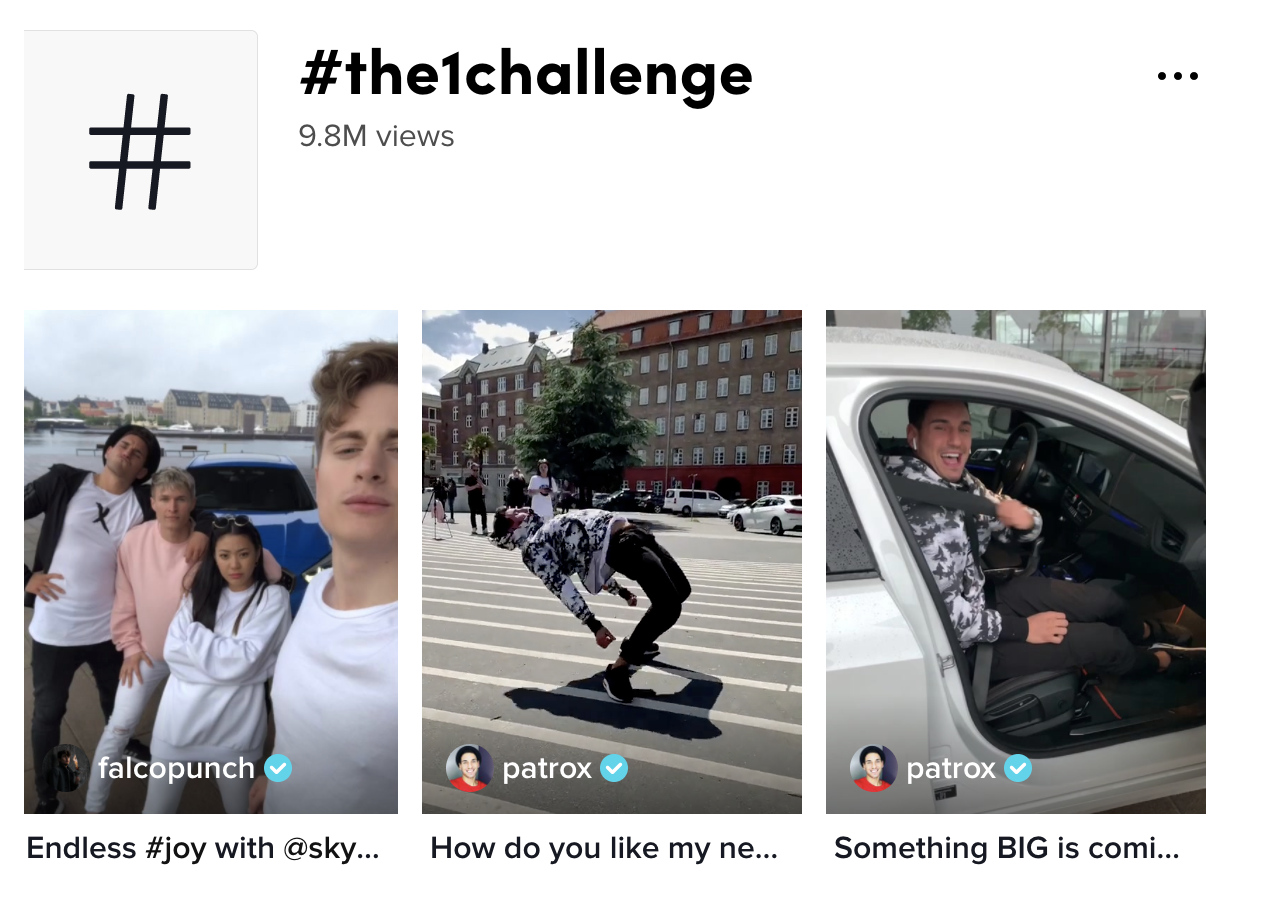 In 2019, they launched THE1challenge. Under the hashtag #THE1challenge, users were called upon to demonstrate their dance moves by making a short film dancing to music by the artist Big Gigantic. This enabled them to showcase their cars on the app, and is probably one of the main driving forces behind the amount of views they have on TikTok.

Taking second place is Audi, with almost half as many views as its German rival BMW, at 8.9 billion. However, the AudiTT comes in 4th place with 5.5 billion views, making it the first model in the list.

It also comes at no surprise to see the British luxury car maker Jaguar sat in third place. With over 6 billion views and being one of the largest automotive manufacturers in the world, they also own Land Rover and Range Rover. Both of these formerly British car makers dominate TikTok with a combined total views of almost 4 billion.

The Most Popular Luxury Vehicle Models on TikTok by Make 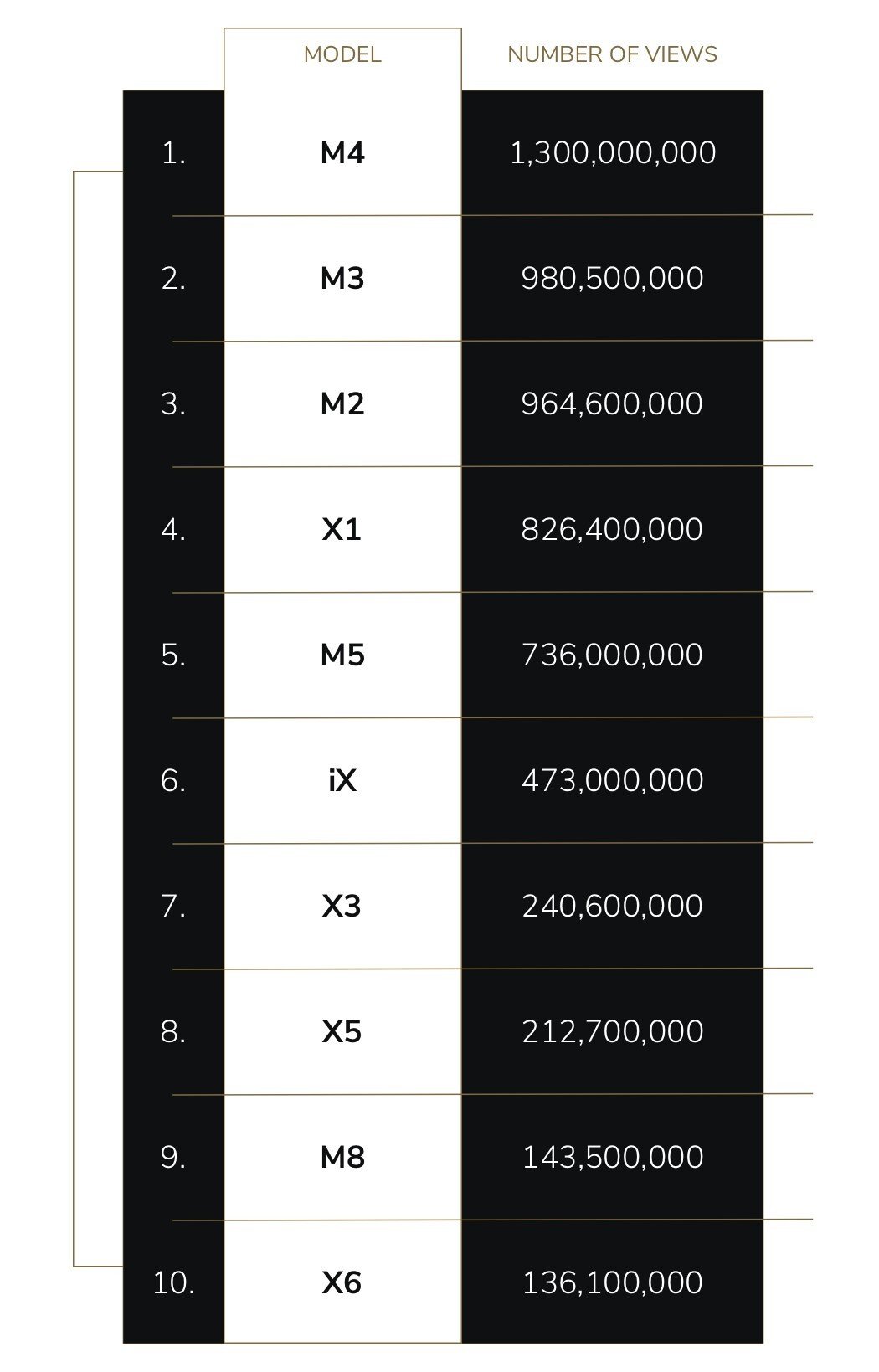 Looking at the specific models which have received the most views on TikTok, there was a clear winner. TikTok viewers love BMW, particularly the M4 which has 1.3 billion views on its own. Closely followed by the M3 with almost 1 billion views and the M2 with 9.6 million. Surprisingly the X3 and X5 are lower in the table with only 3.5 million views between them. 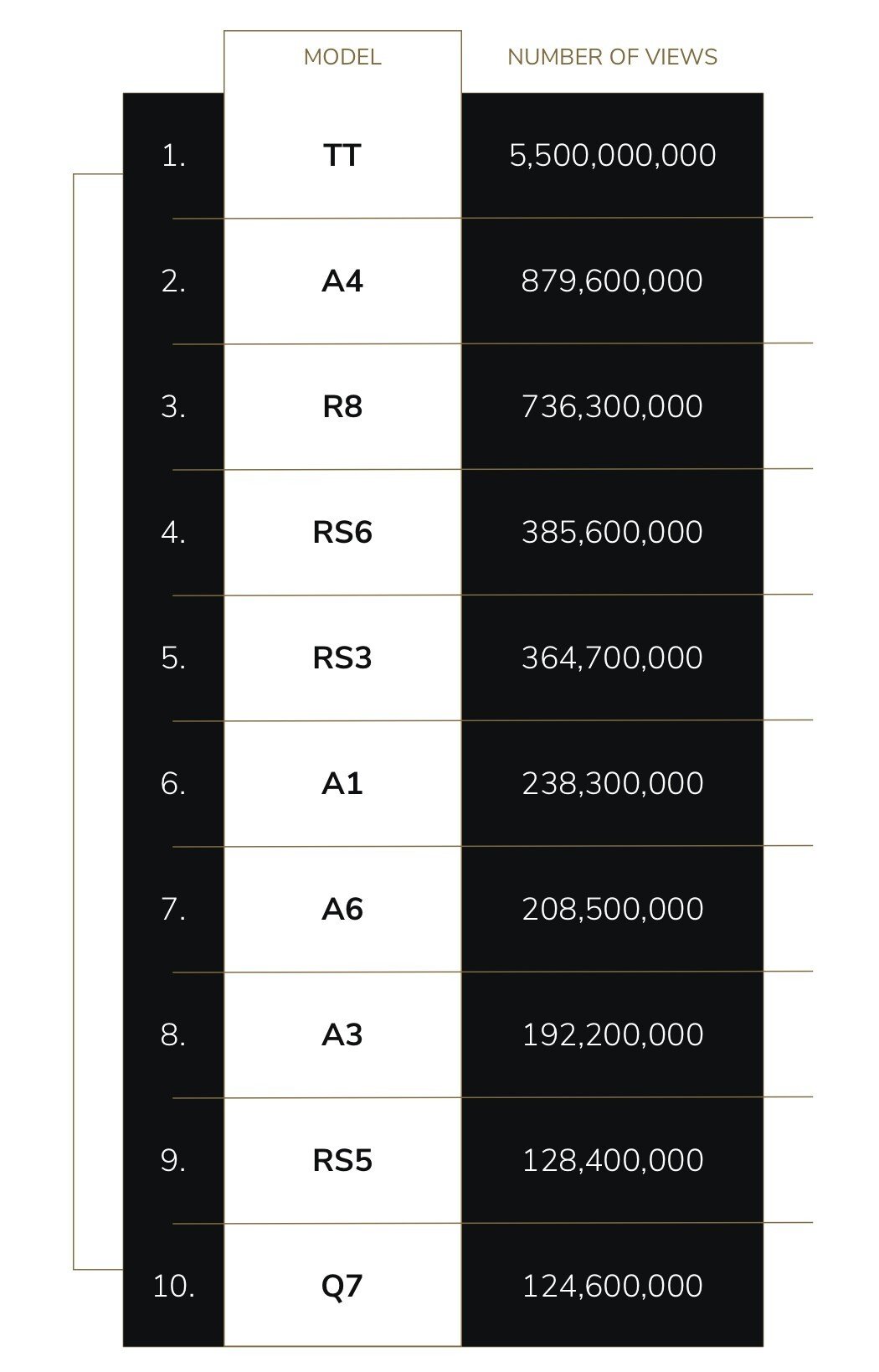 Seeing as the TT made an appearance in the big league, it’s only fitting that it wins overall for Audi models alone, and by a staggering lead as well. The TT tops the charts with 5 and a half billion views, 4.6 billion more than the A4 in second place, and 2.2 billion more than the whole table combined. Third place is the R8 which has over 736 million views and the classic A1 gets sixth place with over 238 million views. Clearly, the Audi TT is a TikTok favourite. 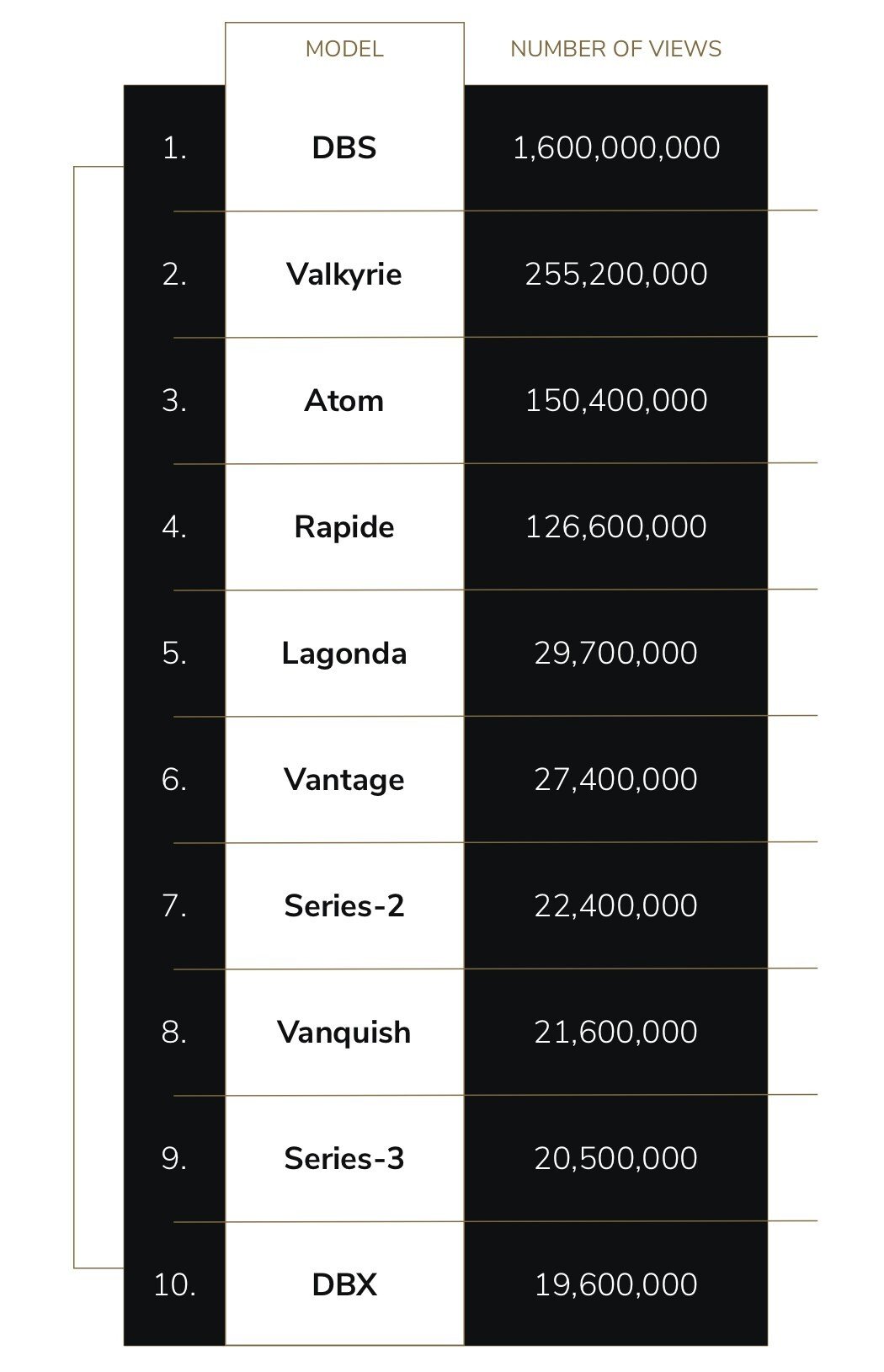 In the Aston Martin TikTok sphere, there is only one winner. The DBS tops the charts with over one and a half billion views on the social media app. James Bond’s vehicle of choice beats out the Valkyrie, Rapide and even the DBX to the gold medal position. Silver is awarded to the Valkyrie with 255 million views and bronze position goes to the Atom, with over 126 million. 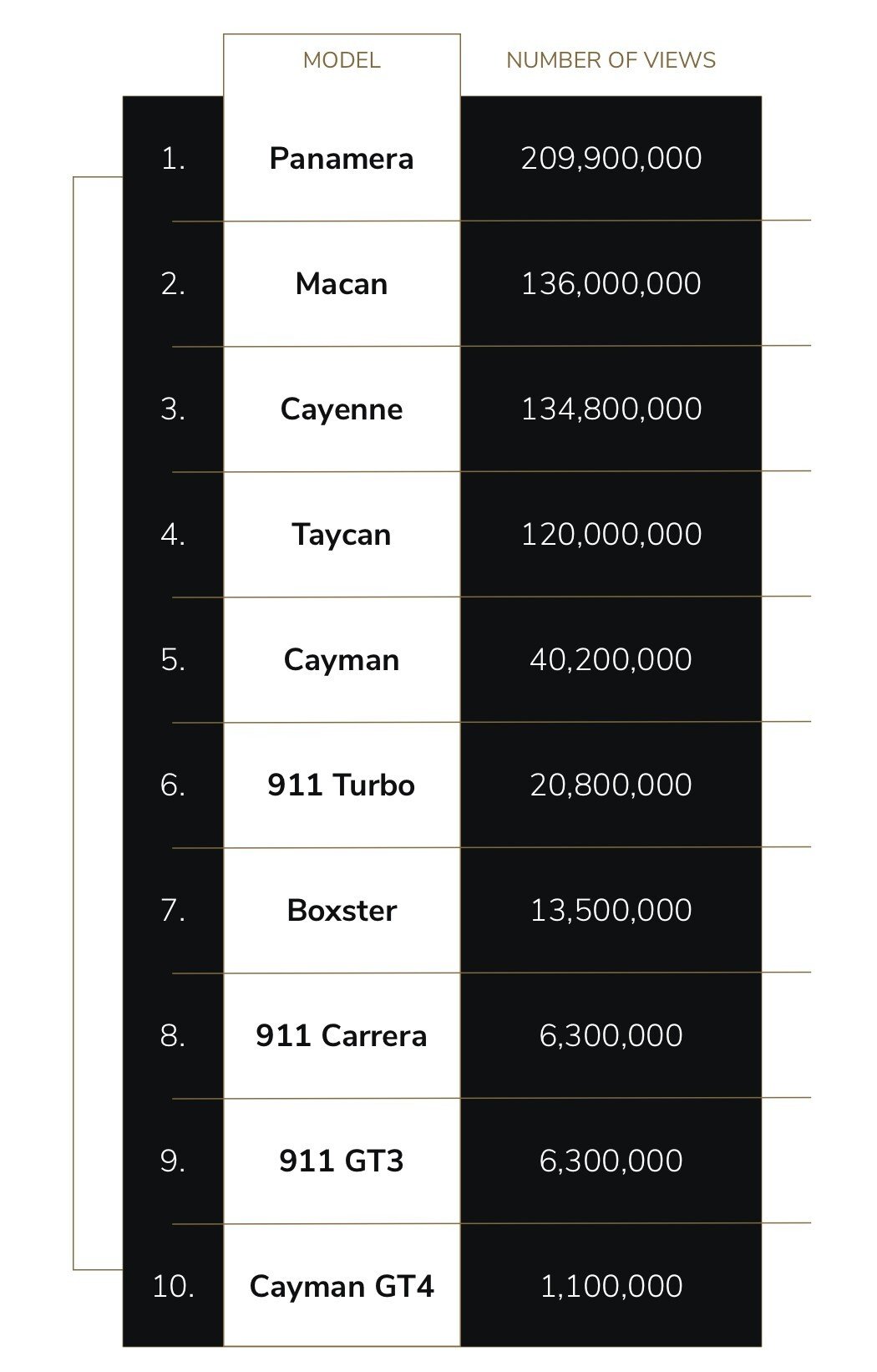 When it comes to Porsche, TikTok users know a good car when they see one. The Panamera comes in first place with 209 million views, 73 million more than the Macan in second place. The final position in the Porsche podium is taken by the Cayenne with 134.8 millions views, compared to the 911 Turbo, 911 Carrera, and 911 GT3 who have a combined views of only 33.4 million. Whether it’s a brand new or used Porsche, TikTok loves the famous German brand. 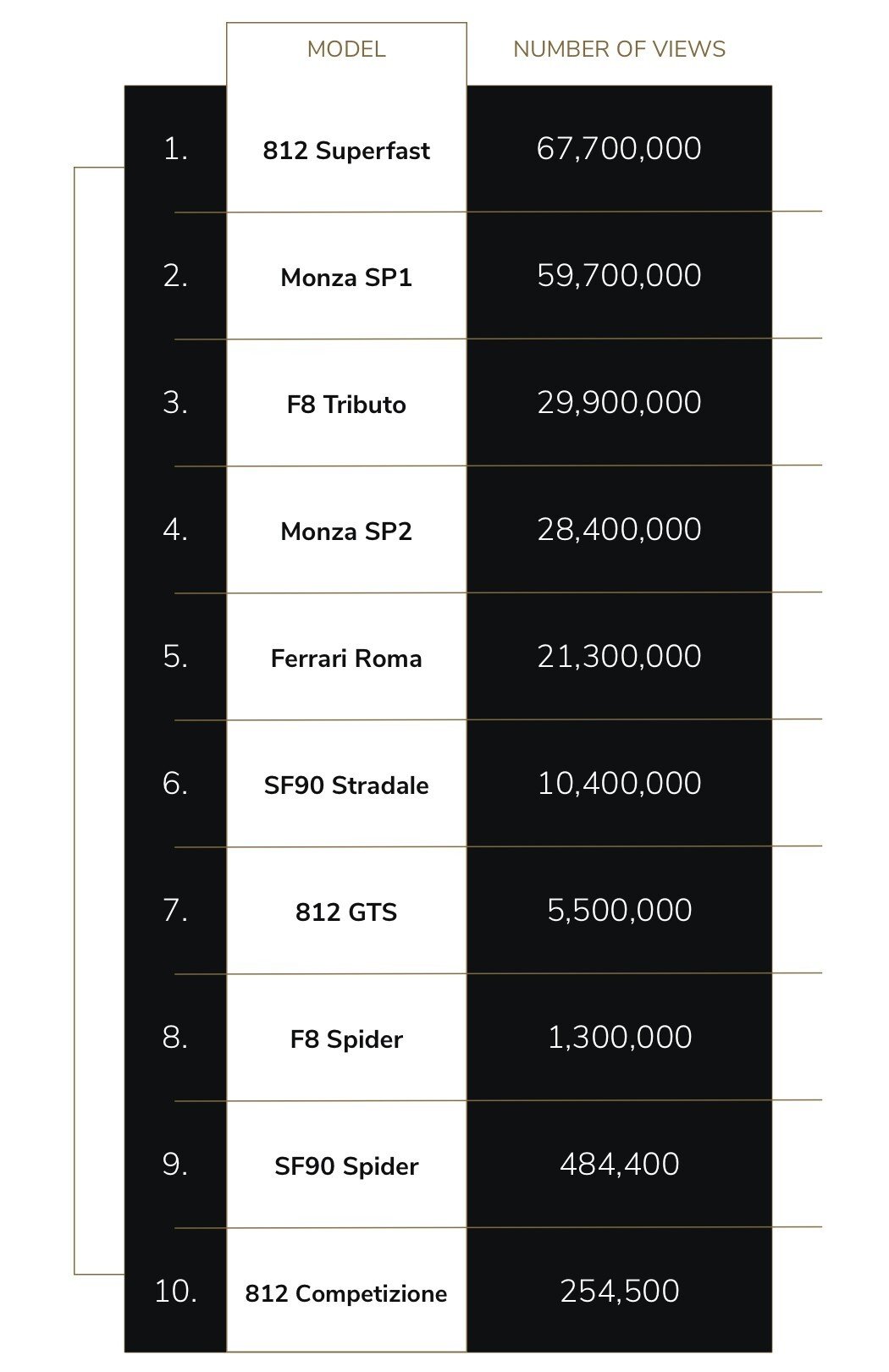 Out of a smaller table of 6, the XE comes in first position with over 457 million views, putting it literally millions of miles above the rest. The XF is it’s closest competitor with over 95 million which is still 55 million ahead of third place. At the bottom of the table is the F-PACE and E-PACE, with a combined number of views of 7.8 million, which is 4 million less than the I-PACE in fourth place. 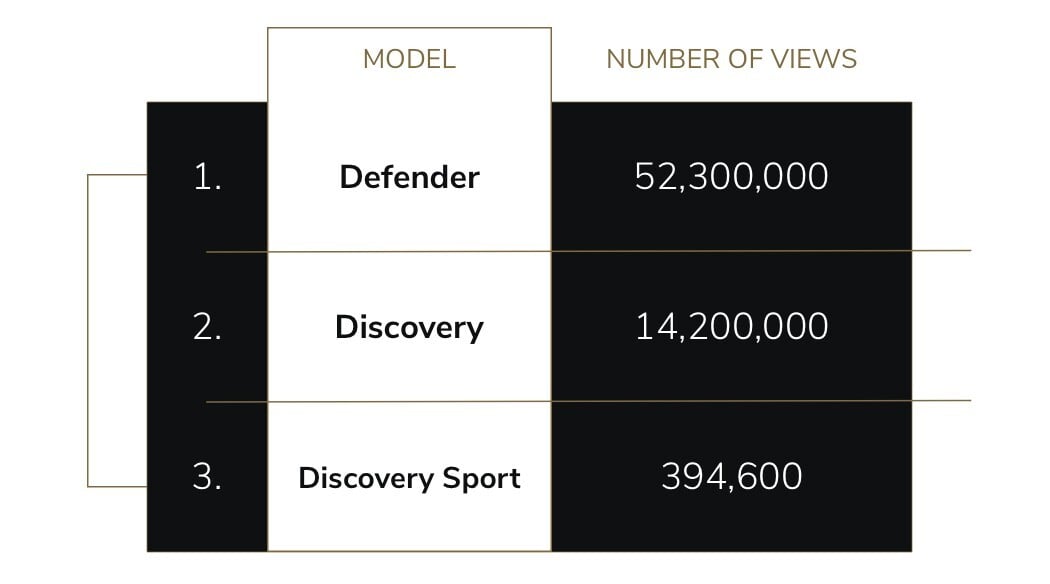 In a three way race, Land Rover has a TikTok league on a smaller scale. The three crowning models belong to the Defender in first place with over 52 million views, the Discovery in second with over 14 million, and finally the Discovery Sport comes third with only 394, 600 views. 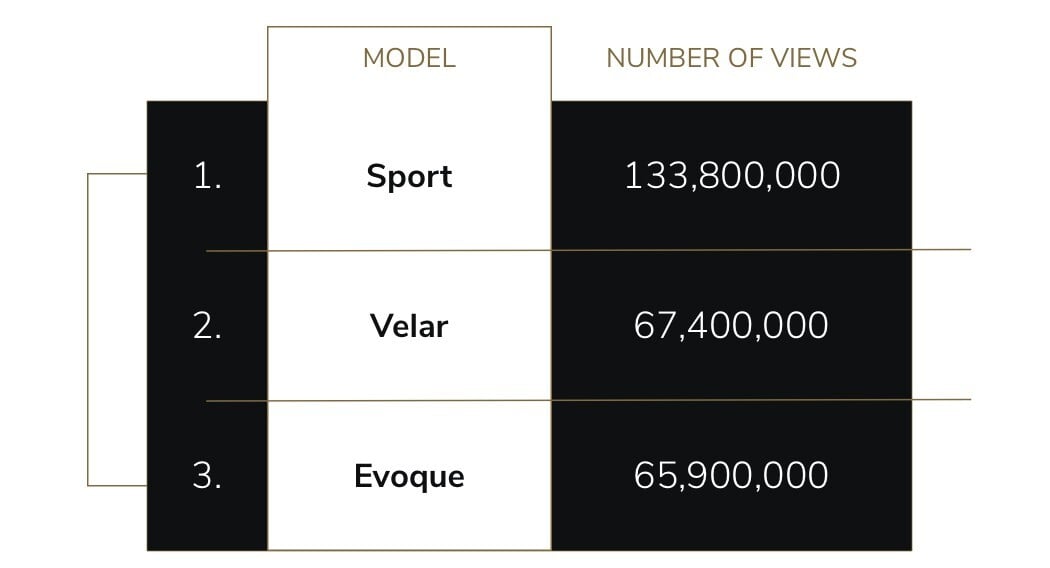 Owned by German car makers BMW, MINI is still a big contender in the eyes of TikTokers. The famous MINI Cooper obviously comes in first with almost 300 million views. Second place is the MINI John Cooper Works with 9.6 million views and the Countryman comes in third with 3.1 million. The MINI Cooper has more views than the whole table combined, proving it is the most popular choice out of all MINIs.

Feeling inspired by these TikTok videos? Check out our Used Cars for sale here. Or get in touch if you want to make the most of your lease that’s in positive equity by selling your PCP car to us.

We sourced the number of views on videos using hashtags mentioning each car and brand on TikTok, with all view counts correct as of 15th June 2021.

In some cases, the hashtag counts might include anomalies.