We're Open And Here For You

The Beetle was officially called the Type 1 (and the bus the Type 2). The name Beetle or Kafer was a nickname given due to its shape. The model code for our car is a Type 1 117. 117 refers to the fact that the car is a Deluxe LHD with sunroof.

Our car was built at the Wolfsburg plant in January 1965 and is a ’65 model year car. The engine was produced in December 1964, so would suggest it is correct and original to the car. For a “VW enthusiast” like me, 1965 was a significant year for VW where they made some big changes to the Type 1, the majority of the body stampings were revised, which allowed for significantly larger windows. The windshield increased in area by 11% and was now slightly curved, rather than flat. Door windows increased accordingly by 6% (and door vent window edges were canted slightly back), rear side windows 17.5%, and the rear window 19.5%. The result was a more open, airy, modern look. The car still runs 6v (they changed to 12v in ’67) and is powered by a 40hp 1200cc flat four cylinder engine.

It has the Deluxe trim package, chrome trim on the exterior, chrome hub caps, fuel gauge, deluxe seat coverings, plus other items.The bumpers are an option for the Euro market (standard in the US) and are known as ‘towel rail’ bumpers. The car is also equipped with a Goldie steel sliding sunroof (‘65my was the first year for this option following the fabric sunroof). It has its original jack, spare wheel and period radio in the dashboard. It has been well restored with a full repaint and interior re-trim.

Originally designed by Ferdinand Porsche (yes same man), commissioned by Adolf Hitler, the KDF Wagon (Strength Through Joy) was launched in 1938. Not the best of histories, however I think we all know Adolf wasn’t the nicest of men. It later became the Volkswagen (people’s car) later in its life, and has never looked back.

Just imagine taking an evening drive and stopping for a bite to eat in this exceptional classic! The dream could be yours as this Bug is for sale at Dick Lovett Specialist Cars 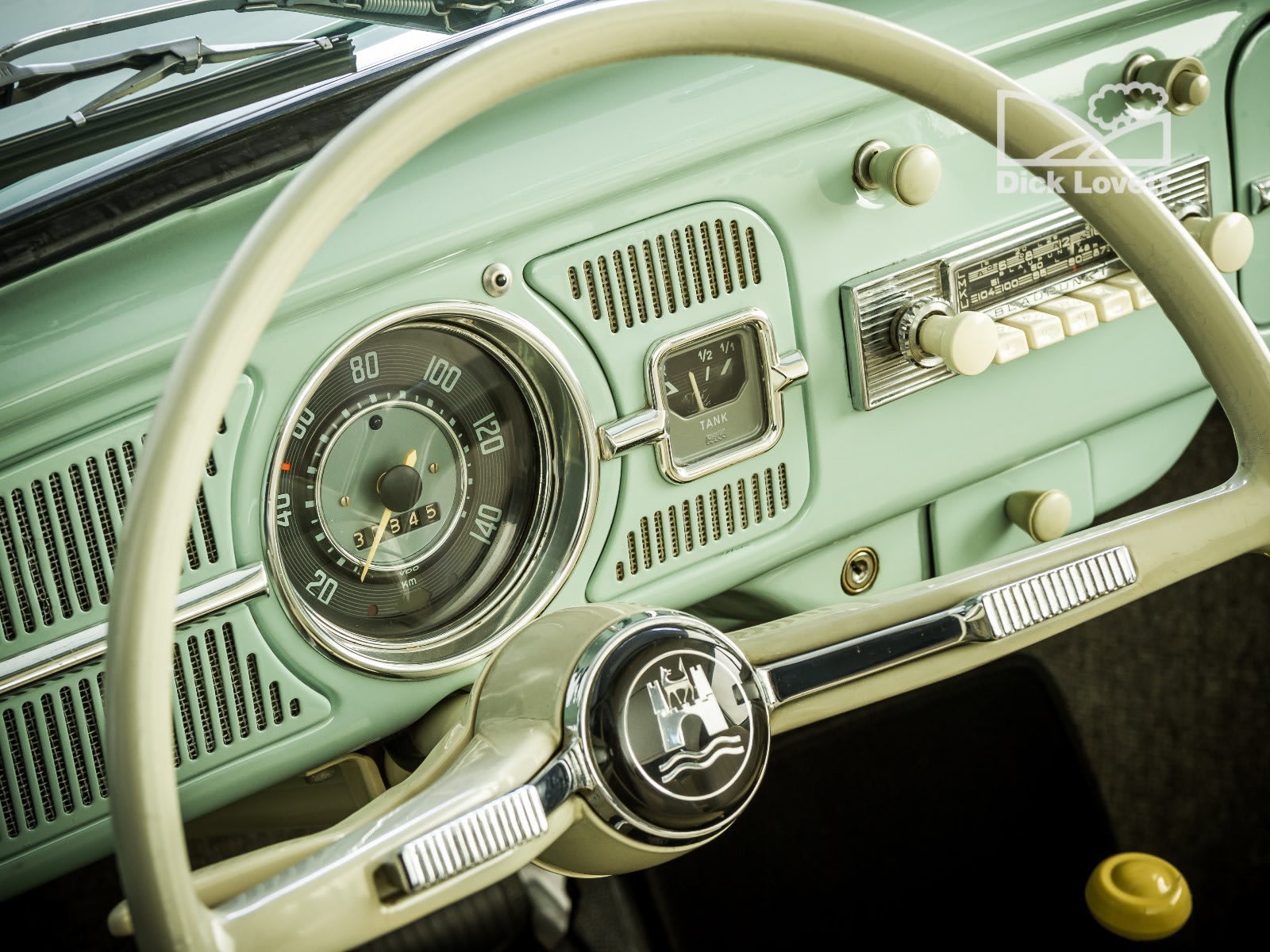 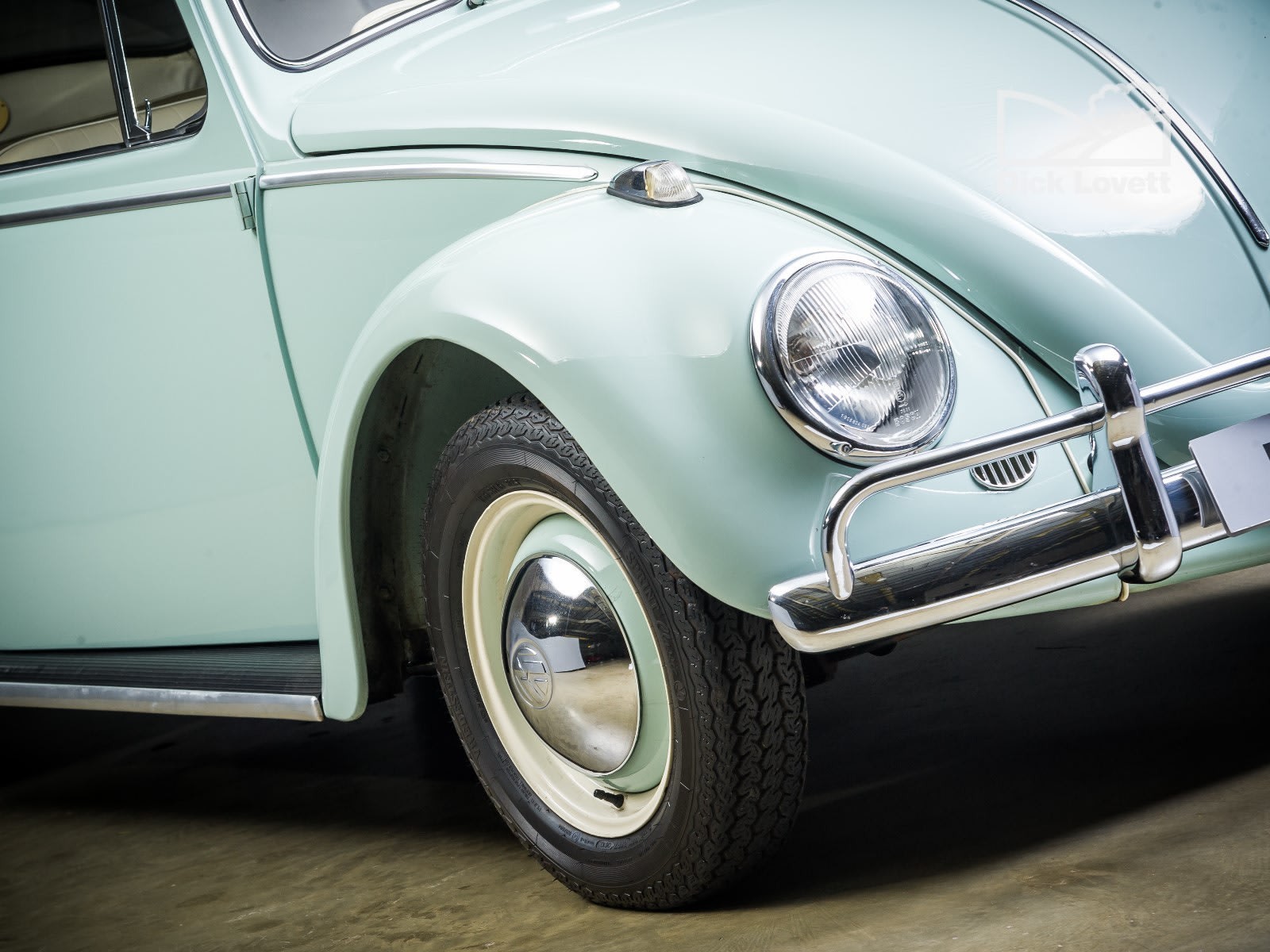