The last thing you want when you’re behind the wheel is to see the telltale flash of a speed camera, but they exist for good reason, with hundreds of thousands of collisions on the UK’s roads each year, and with around 25,000 resulting in serious injuries and just under 2,000 resulting in fatalities, we’re in full support.

And, with the winter months rolling in, it’s important to be careful on the roads, not just to avoid a fine, but for the safety of yourself and other motorists, too. It’s also a good time to remind ourselves on the importance of not using mobile phones at the wheel and ensuring we’re properly insured.

But where in the UK are the most motoring penalties being handed out? We issued Freedom of Information (FOI) requests to police forces around the country to find out the number of fixed penalty notices (FPNs) issued for speeding, using a mobile phone while driving and driving without insurance, as well as to gain insight into some of the highest speeds recorded on Britain’s roads.

Of each of the Police forces who responded to our FOI request, Avon & Somerset (which includes the city of Bristol) is by far the region with the highest number of speeding tickets, with over 163,000 FPNs issued in 2018. 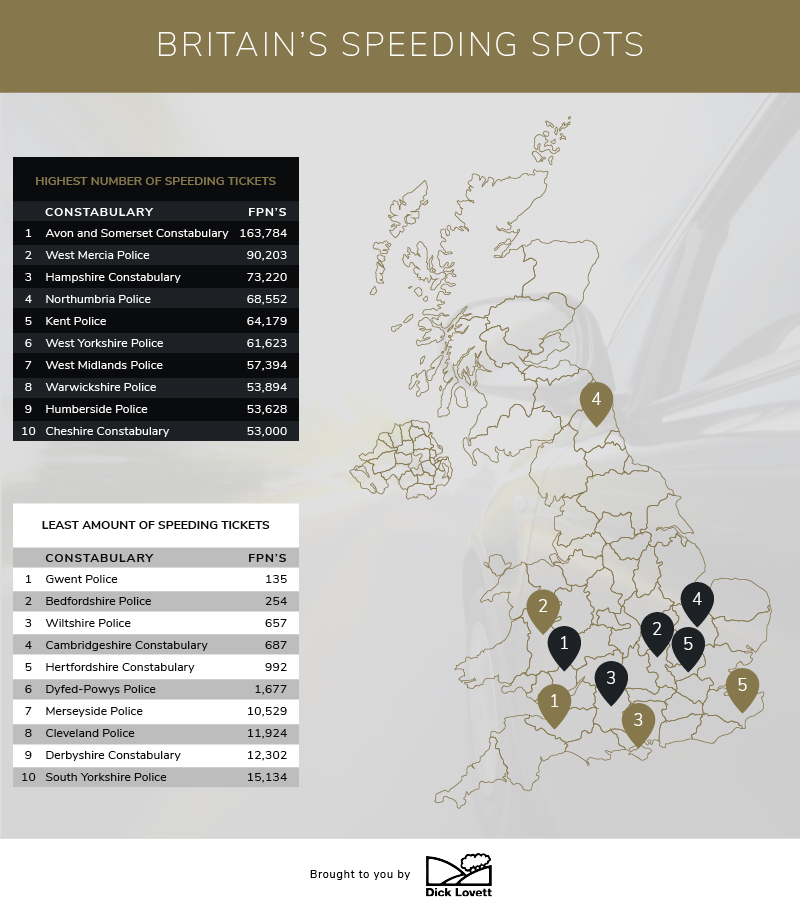 At the other end of the scale, more rural regions issued the least amount of speeding tickets, with just 135 issued in Gwent in Wales, an area with fewer speed cameras or motorways.

This was followed by Bedfordshire (254) and Wiltshire (657), which again are fairly rural areas with fewer major towns and cities or busy roads.

The Highest Speeds Recorded on Our Roads

We asked each constabulary in the UK to provide the highest speed recorded last year, with some fairly shocking results!

The highest speed that was recorded on Britain’s roads was an incredible 162mph, recorded in both West Yorkshire and Avon & Somerset, which coincidentally is also the area that handed out the highest number of speeding tickets.

Using a phone while driving can cause serious accidents and will land you with a £200 fine and six points on your licence.

We found drivers in West Yorkshire to be the most reckless when it comes to using a mobile device while driving, with over 3,000 FPNs issued last year. 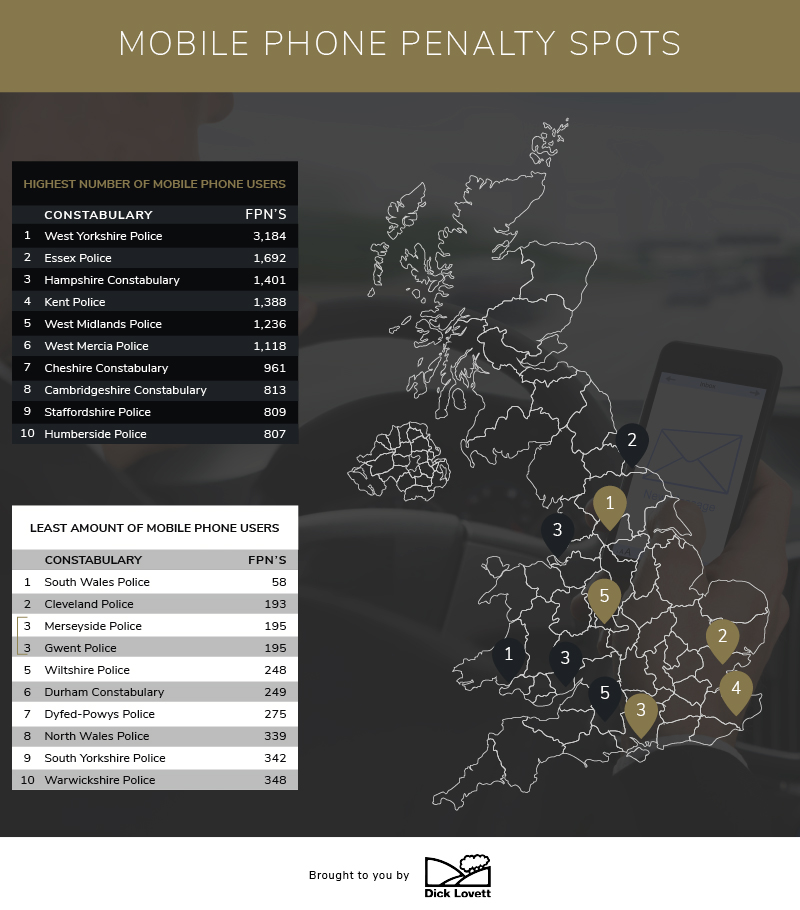 South Wales police issued by far the least number of tickets for using a mobile phone while driving, with just 58, followed by Cleveland (193) and Merseyside and Gwent (both 195).

Where in the UK are drivers most commonly caught driving whilst uninsured?

Driving without proper third-party insurance is another offence which could land you in hot water.

Those in Kent were the biggest offenders when it came to driving without insurance with 2,479 offences recorded last year, followed by Staffordshire (2,055) and Hertfordshire (2,012). 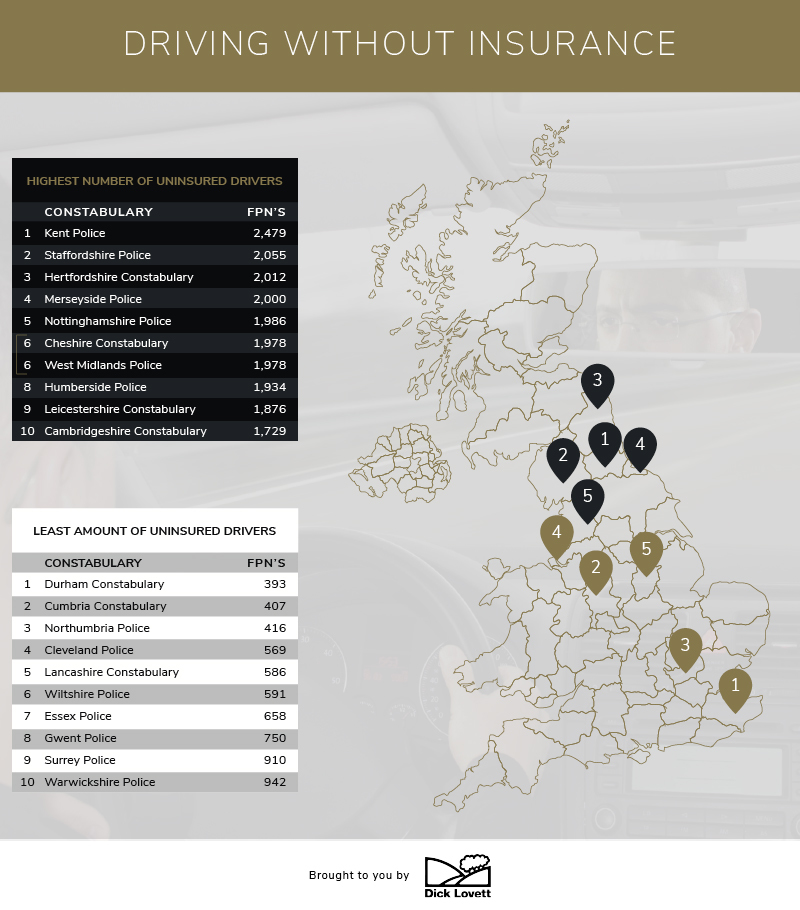 Drivers in the North were the least likely to be caught driving without insurance according to our research, with the five least penalty notices being found in the North East or North West.

All figures were obtained through Freedom of Information requests to individual police constabularies of the most populated towns and cities around the UK. Those not included in the above data had not responded to our request as of 04/11/2019, including the Metropolitan Police for London.

All figures relate to the period between the 1st of January and 31st of December 2018.

Please note that each constabulary is not necessarily directly comparable due to varying procedures on recording and resolving criminal activity.

It is also important to note that other factors such as population, area size and number of cameras will have a large bearing on the provided statistics.