We Want To Buy Your Bike

The production K1 was first introduced in 1988 and arrived on the market with a tough job; shift BMW’s brand perception from a company that only created simple, reliable touring bikes, to one that was more sporting and cutting edge.

Throughout the 60s and 70s, the BMW Motorrad range was focused around boxer twin engines that traced their lineage back to the 1920s. This all changed in 1983 with the introduction of the BMW K 100.

The K 100 marked a departure from BMW's tradition of air-cooled flat-twin layouts, as it featured a 987 cc water-cooled inline-four unit. It was also BMW's first fuel-injected motorcycle, and whilst it proved a sales success, the traditional styling lacked the wow factor the public were looking for.

The first clue that BMW Motorrad was up to something special was in 1984, when at the Cologne Motor Show, BMW design showcased an aerodynamic "Racer" mockup based on a standard K100 chassis. The engineers continued to tweak and fine-tune the concept, and in the summer of 1986, BMW management gave the go-ahead for a production model. 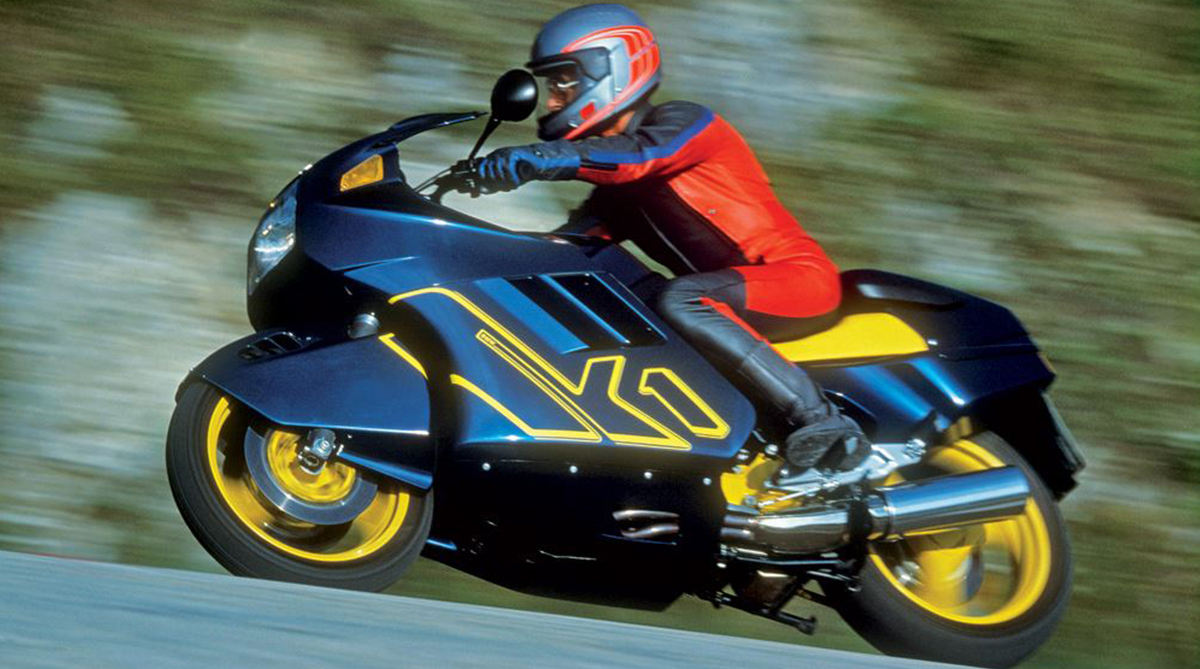 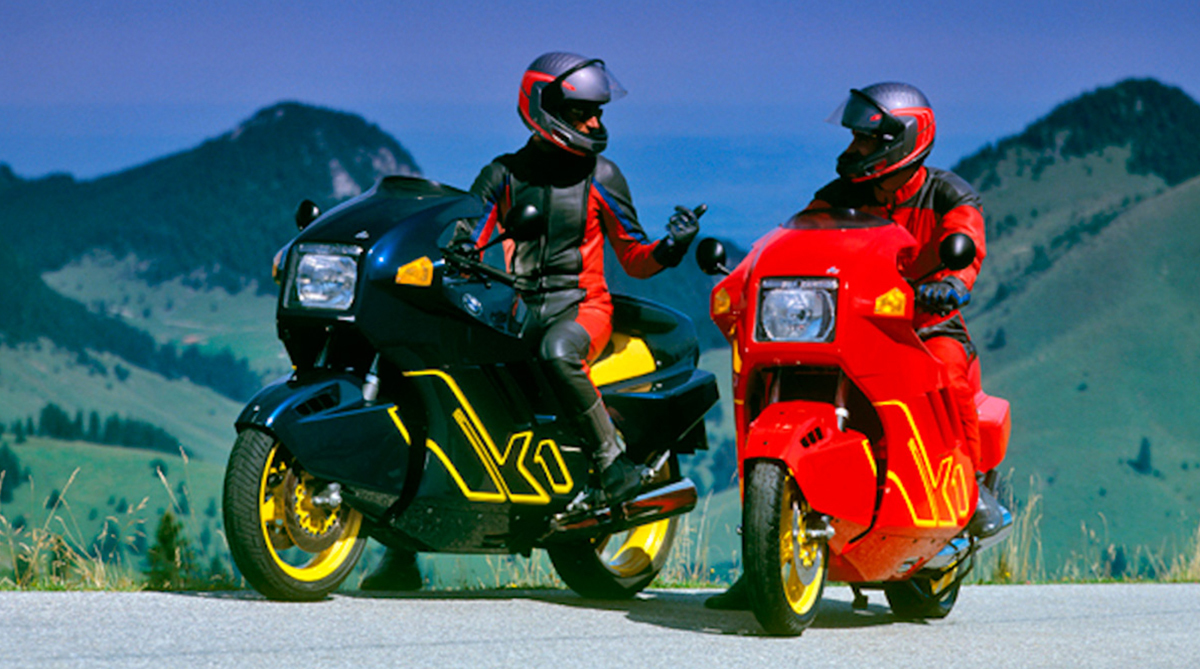 The production K1 stayed close to the concepts, and as a result, looked unlike any BMW motorcycle that had gone before it. The radical aerodynamic design featured a seven-piece glass fibre structure that created a class-leading drag coefficient of just 0.34.

Not only was this shape efficient, it was also striking to look at; further enhanced by the launch bikes’ bright red fairings with contrasting yellow wheels, swing arms and exterior details.

The K1 needed an engine to match its futuristic styling, and as a result, it was fitted with a new four-valve version of the K Series engine. This was the first in-line four from BMW with a DOHC and featured Bosch electric fuel injection. The engine was rated at 100 hp, the maximum allowed at the time due to the manufacturers’ ‘gentlemen’s agreement’ for bikes sold in Germany.

As the K1 was built for high-speed cruising, a number of its other components had to be uprated to prove reliable and safe at autobahn speeds. The K1 featured a stronger tubular steel chassis,  powerful twin Brembo front drilled disks with optional ABS and a Bilstein rear shock absorber. The single-sided Paralever swingarm was a first on a K Series model, and gave the K1 it’s recognisable long wheelbase of 1,565 mm.

BMW had a target to sell around 4,000 K1s per year, which it achieved in 1989. But in the following years sales began to tail off. The introduction of less radical colour schemes helped boost sales, but in 1993 after a total of 6,921 bikes, the K1 was gone. Arguably, the K1 was ahead of its time; big sports tourers were not that common in the early 90s, but following the K1, many manufactures followed in the footsteps of this new style of machine and made them a success. 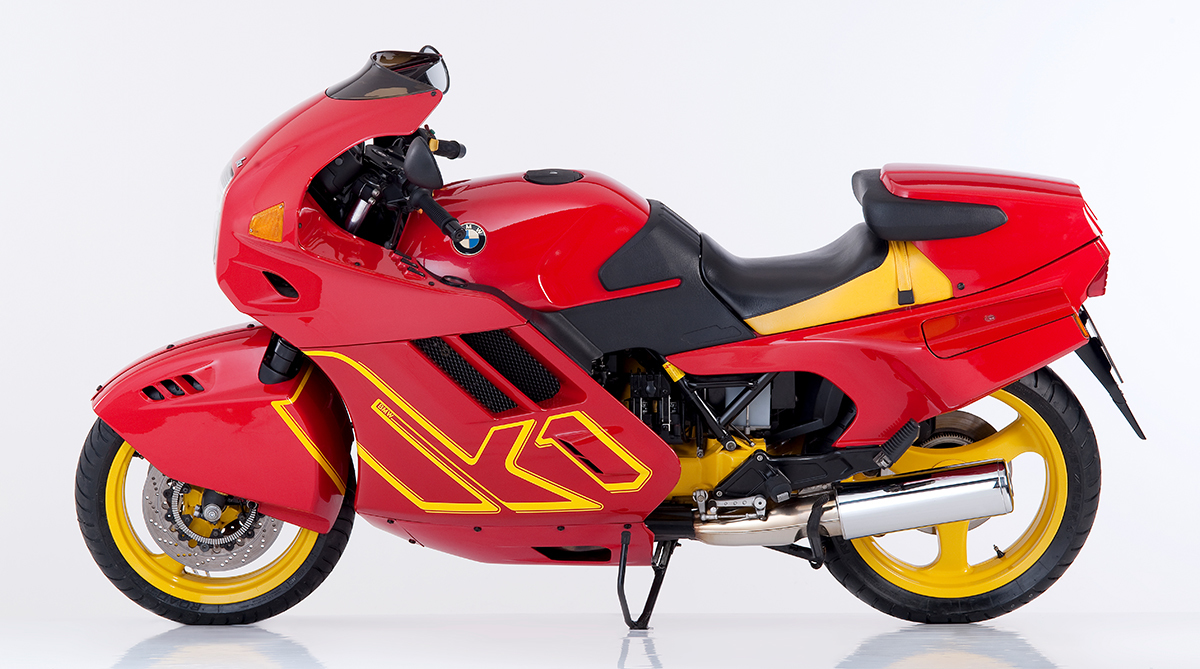 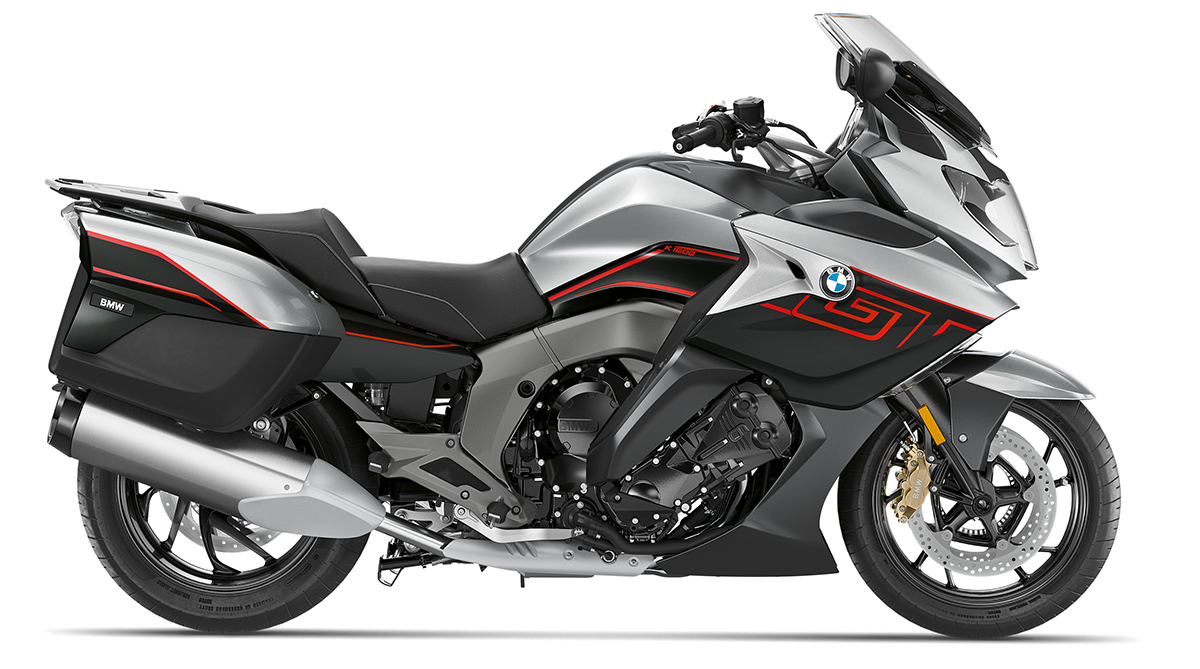 The BMW K1 did achieve its goal in changing the reputation of BMW as being only a traditional motorcycle builder, and it became an iconic classic at the same time. Many of the models in the current BMW sports-touring range feature pieces of the K1’s DNA.

The K Series engine has been developed even further; now featuring six cylinders for the ultimate in performance and refinement. The bright red ‘GT’ graphics found on the K 1600 GT Sport perfectly emulate the lettering graphics that appeared on the K1. The K1 was one of the first motorcycles to feature ABS, and now the BMW Motorrad range features safety equipment such as Dynamic ESA and Intelligent emergency call, all designed to keep you as safe as possible when riding.

To learn more about all the current models in the BMW sports-touring range, please click below or enquire online today to contact one of the team at Dick Lovett Motorrad.